Tapping another entry in my Netflix queue for this second Hooptober entry. I fast-tracked some horror titles to jumpstart the horror movie proceedings. I took this next statement right off an SAT test.

The Mist had never been high on my Watchlist despite warm buzz — something that speaks to the fact that there’s a heap of movies to watch and only so many hours in the day. The likeliest explanation? Computer-generated curmudgeonry. I’m the old fart on my porch yelling at all the computer generated children to get off my lawn. The other ding against The Mist‘s appeal was that I’d knew all about the supposedly great ending. (I only say “supposedly” because I’d yet to see it — I’m only now about to cast judgment.) I must have osmosed it via movie talk. Now that I’d committed to watching The Mist to help fulfill the “Flying Things Will Kill You” requirement this Hooptober, however, I thought about the potential to once again test my “No Such Thing as a Spoiler” Theory.

I believe — with few exceptions — that a truly great movie will stand on its own, no matter how much you know about it. Like how I eye-roll so hard it hurts every time someone tells me that they don’t want to watch Citizen Kane because they know the ending. Like Rosebud is the whole point of Citizen Kane and there’s nothing else interesting about the entire movie. ARRGGHHH. If you want to know more about my thoughts on Citizen Kane, I’ve got an entire podcast to which you can listen.

It’s the different between The Sixth Sense (1999) and The Others (2001). And now I’ll commence a 12,000 word side-by-side analysis of the twist finales of both these films to prove conclusively my theory that one is great and one is nonsense.

Or I’ll just carry on with a few hundred words about The Mist and let us all get on with our lives.

New England locals become trapped in a local supermarket when a mysterious fog rolls through town dealing uncertain death in the form of Lovecraftian beasties. While the innocents endure the siege, the community splinters into warring factions as the citizens come to terms with whatever lurks out there in… the mist. Did you say… the Mist?

I did, and there’s lots of it. It’s not the creatures in the mist that make The Mist a movie to watch. You’d think that the mist would be the main attraction in The Mist, but you’d be wrong about the mist. Though I have to admit that the creatures take on fascinating and unexpected forms… in the mist.

(I hear that repeating a page’s keyword works wonders for online search rankings. So let’s all try adding “…in the mist” to the end of every sentence to see if it works as well as “…in bed.”)

Unfortunately the creature effects are once again a mixed bag of CGI and practical effects techniques. Considering, however, that the film boasted only an $18million dollar budget I’m prepared to give them a passing grae — especially considering that Darabont, inspired by The Night of the Living Dead and pre-color Harryhausen (who clearly inspired aspects of this production), had intended to release the film in black and white. MGM balked at a wide release for a mainstream black and white horror movie (GOD FORBID). Meanwhile, Darabont still prefers the black and white version of The Mist.

I watched the color version only. I’m sorry to say I’ll be unable to weigh in properly on this debate. I’m sure, however, that the creature effects would have worked so much better in black and white and that color only calls attention to their binary birth canal… in the mist.

As I suggested a moment ago, you’ll enjoy the horror elements inherent to a movie about unseen monsters picking off innocents trapped in a supermarket. The monsters come in tentacled, winged and gargantuan varieties. You’ll remember The Mist not because of the monsters but because of the horror of a Marcia Gay Harden scorned. As the townspeople (Thomas Jane, Toby Jones, William Sadler, Andre Braugher, etc.) face the uncertain haze lingering outside the supermarket, they’re faced with a series of conundrums. At first they must choose whether or not to believe in the danger lurking outside. Some people said things, but those people seemed certifiably bananas, so… As more and more people wind up dead, the survivors are forced to reconcile their reality versus what’s actually in the mist. Characters come to represent the varied means by which individuals approach the unexplained.

Some choose to take the mist and the monsters at face value. It’s a test of survival. This is an unprecedented problem; but still we must find a solution. Others respond with fervent denial. Logic and reason state that none of this can be happening. And then there are those that derived a very peculiar lesson from the book of Job.

Christian zealot, Mrs Carmody (Marcia Gay Harden), interprets the mist and the monsters as the wrath of God. When more and more people become paralyzed with fear after having witnessed events that cannot be understood by the human experience, her legions grow in size and fervor. Anyone who dares confront the mist further tempts the wrath of God. They must be stopped otherwise God will further unleash his judgment upon all of us. Marcia Gay Harden takes it upon herself to consume all of that supermarket scenery. She delivers an over-the-top performance to make Nicolas Cage blush and put any belligerent televangelist to shame. Too much? Hardly. By the time she’s screaming at her faithful to do away with the sinners amongst them, she’s become so full of her own power and conviction that anything less would fail to convey the seething hate and monstrous rage befitting a character symbolic of the world’s wrongheaded religious zealotry.

The Monster of The Mist

While The Mist presents a traditional war between a small band of survivors and the uncertain monstrous outside, the real threat to survival remains the monster inside all of us. The human tendency to destroy as it is brought out by fear and anger and thirty-foot tentacles devouring a stock boy through the bay doors.

Fear and our reaction to fear can become our greatest strength (courage under unimaginable circumstances), but also represent our greatest human weaknesses. The Mist lays down a scathing indictment of the worst tendencies of human nature and organized religion cloaked in atmosphere and mystery. Ultimately the mystery behind the mist never becomes clear. Some viewers might find that lack of closure off-putting because there’s a substantial side-plot that concerns who or what caused the mist.

The characters want to know because they want someone to blame. The notion of “fault” or “blame” becomes a central preoccupation. They want to deal with the crisis by punishing those at fault, but that doesn’t ever matter to the narrative itself. Punishment does not cause the mist to recede nor does it improve their current situation. The Mist offers this darkest side of human nature as the real monster of the film. You’ll notice I didn’t specifically mention the ending. True. While I don’t believe Spoilers! would tarnish your experience, I do believe that a comprehensive discussion about the ending would direct your reading. So watch first, and then we’ll discuss.

Frank Darabont had first tried to make a movie out of The Mist as his directorial debut. He instead went ahead with The Shawshank Redemption. His interest in the project dates back to the 1980s. It’s easy to see why Darabont felt so passionately about The Mist, a story he considered a throwback to Paddy Chayefsky and Shakespeare. It’s every bit as accomplished as The Shawshank Redemption. Only the latter film raises your spirit while the former tosses it into a blender and sets the machine to devastate. Alliance released a two-disc Collector’s Edition of The Mist back in 2008 that contains both the color and black and white versions of the film.

Buy The Mist on Blu-ray from Amazon.

The Mist: 31 Days of Horror 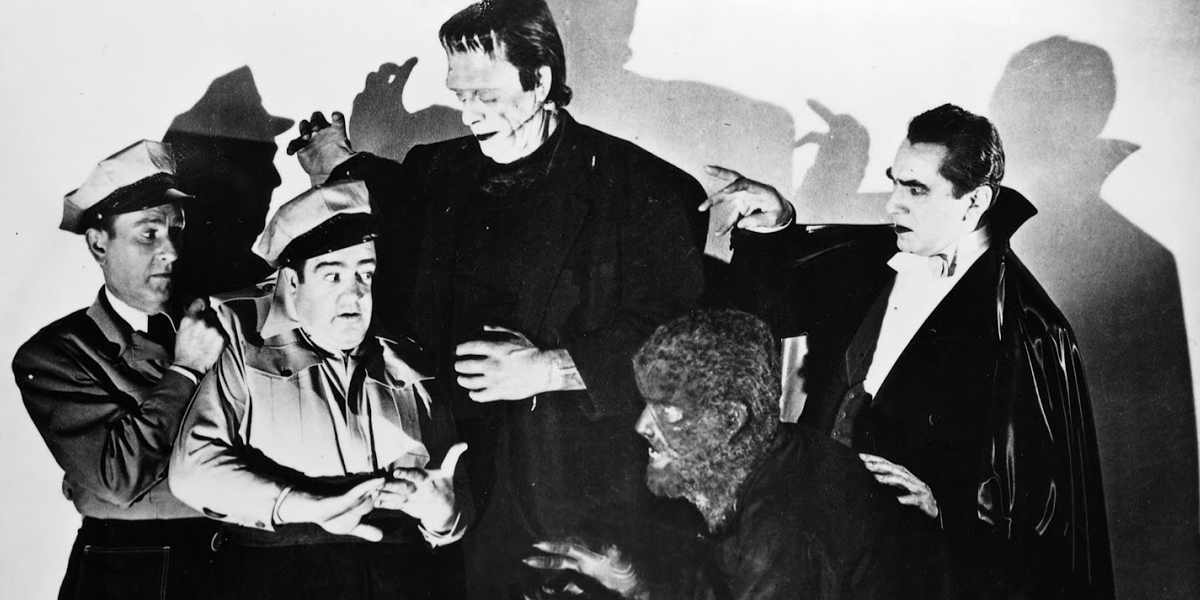 31 Days of Horror Abbott and Costello Meet Frankenstein: 31 Days of …