Nature of Shame:
Unseen Treat Williams? Is that a thing? How about unseen Famke Janssen?

This rose from the depths of my Netflix queue to satisfy multiple categories this Hooptober. You’ve got to start Hooptober strong because sooner or later, you’re just going to toss in that new box set of Invisible Man movies and have a go — but that won’t satisfy any of those requirements. You don’t want to put yourself in a pickle on October 31st. Deep Rising was released the January of my Freshman year at college, so I wasn’t exactly on top of the new box office releases. Plus, look at that poster art. Just dreadful. You have no idea what’s going on there. Still, it doesn’t hold a candle to the suckage that is the next attempt at selling Deep Rising. What the fresh hell is that? A movie about undersea tentacle creatures on a cruise ship and you get Treat Williams riding a jet ski with a barely visible Famke Janssen on his back. “They’ve Seized The World’s Richest Ship… But No One’s Onboard!”

I’ll make my point brief. I’m going to tell you why nobody went to see your movie. If you want to sell a movie about undersea tentacle creatures don’t give me Treat Williams on a jet ski and no sight of said tentacle creatures. As far as I know this is time traveling Treat Williams escaping the Titanic. And guess what? This came out immediately after Titanic.

Evil hijackers hijack Han Treat Solo Williams and his Millennium Catamaran and board a luxury ocean liner in the South Pacific because they smelled cash. Except it wasn’t cash but a collection of massive, tentacled man-hungry Sea-Gee-I monsters. Seeeee what I did there?? Sea-Gee-I??

Did You Say Monsters?

I’m ahead of myself. You shouldn’t get to see monsters right away. Let’s rewind to these folks — your Deep Rising stars, a veritable who’s who of 90’s budgetary casting because we spent all the money on soon-to-be-dated, but not ineffective special effects.

Stephen Sommers has a knack of marshaling CGI nonsense into some brand of imaginative matinee entertainment. Hrmmm… that didn’t sound quite right. Let me rephrase that a bit. Stephen Sommers, during a brief two-year period in the late 90’s, marshaled a bunch of CGI nonsense into two particularly entertaining monster movies called Deep Rising and The Mummy.

Before The Mummy‘s blockbuster success spawned a franchise and a spinoff, Deep Rising grossed $11million on a $45million budget. Ouch. Deep Rising‘s biggest faux pas was blending in with the other gaggle of undersea creature features such as Deep Blue Sea and some other stuff I’ve surely forgotten because they all seem like the same movie. Undersea monster movies have a look. Deep Rising holds up better than most. Some might call it atmosphere. Some might call it claustrophobia. I’ll just call it awareness. It’s aware of its own limitations and for the most part plays to its strengths. Treat Williams doing a Han Solo impersonation works. Famke Janssen in a tight red dress — fun for the whole family. Engaging cast of familiar players in supporting roles. And a smattering of gory practical effects to enhance the monstrous binary code.

Sidenote: I’d be remiss, however, if I didn’t take a moment to direct you to watch Below (2002), David Twohy’s under-sea(n) masterpiece about strange happenings on a WWII submarine. I’m sorry. I couldn’t help myself even though that’s a massive reach for another water-based pun. That said, Deep Rising and Below are also connected by supporting actor Jason Flemyng — a good “that guy” with 120+ credits to his name.

It’s easy to dismiss Deep Rising as just another Alien clone — because really aren’t all of these creature-infestation sci-fi horror films based on the Alien DNA? It’s unavoidable, but because we’re so well versed in the genre we know when these films strike a sour note. The downside is that because we’re so familiar with the formula, it’s easier to look beyond a movie that gets it (mostly) right.

Some of those one-liners definitely caused me pause, but it’s the 90’s — what are you going to do? Sacrifice Famke Janssen for a few more bits of choice dialogue? I hardly think so.

The monsters become the best and biggest problem with Deep Rising’s premise. They seem like a kitchen-sink beast filled with anything and everything available. As George Lucas demonstrated in the Star Wars prequels, CGI’s permissiveness when it comes to scope and scale can ultimately be a detriment. The octopus/shark/xenomorph things mingle and menace according to the needs of the scene.  As computer generated creatures, that lack of weakness or definite shape becomes a limitation and only calls attention to their weightlessness. Forced creature creativity and a greater use of practical effects would have gone a long way towards making this more than a silly (but fun) creature feature.

If you like your Alien with a side of corn, Deep Rising offers plenty of simple genre pleasures. If you weren’t a moviewatcher in the 1990’s these special effects might rip you out of the adventure — an adventure I might add that culminates with Treat Williams on a jet ski flying through the wreckage of a modern day Titanic. Kino Studio Classics has released Deep Rising on a new Blu-ray with a far more effective cover than that old nonsense. 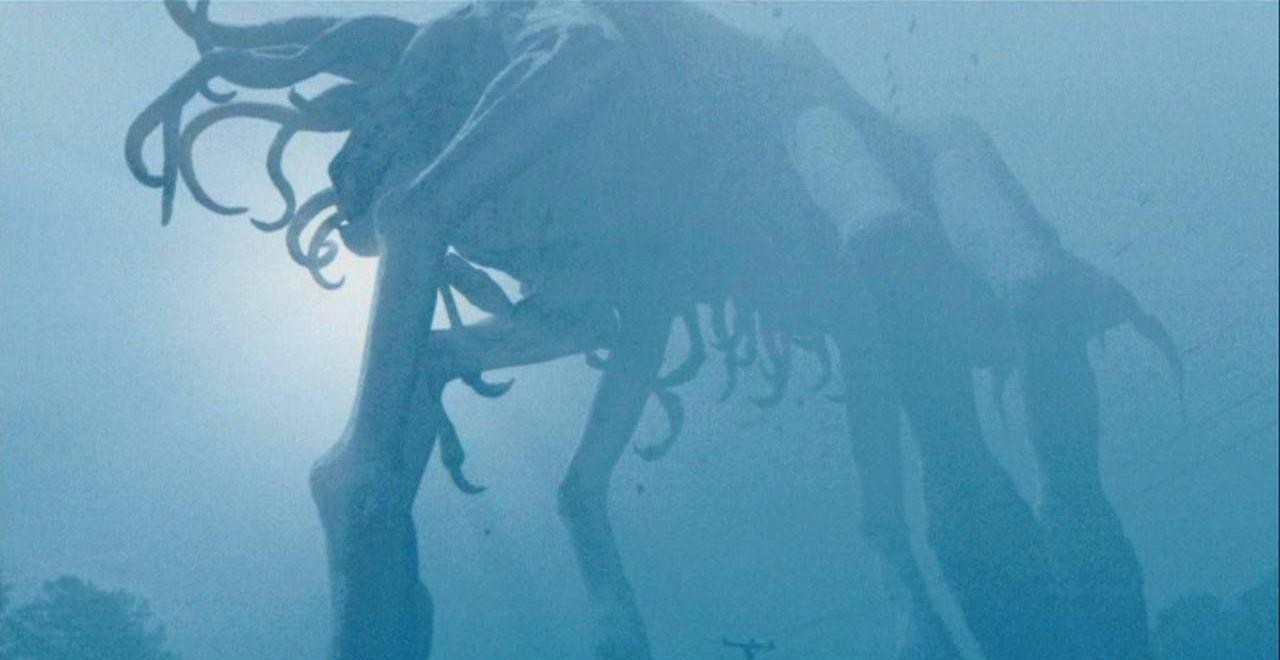 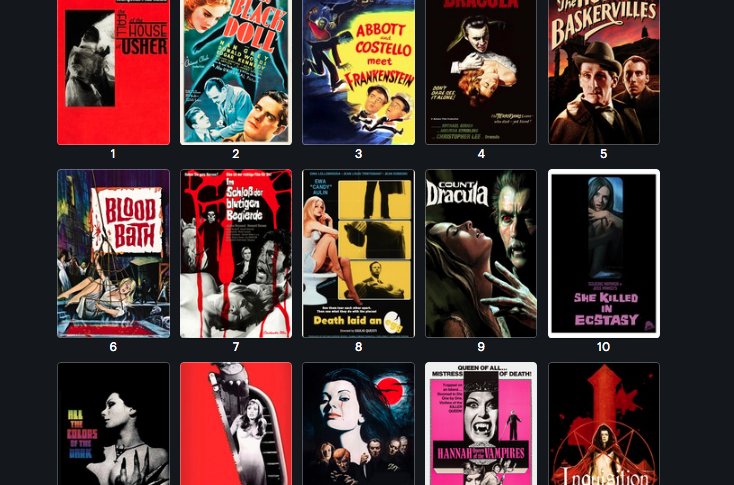