Before I sold my Volvo I found a plush travel case filled with mixtapes in the trunk. They were labeled Stuff #1 through #7. Sonic time capsules of plastic and ribbon. I’d poured hours of energy into selecting tracks, ordering, pressing play and record at the same time, swapping CDs in the old Kenwood 6-CD stack system that jammed every time I selected the tray CD while the changer swapped discs. The gray Maxell cassettes each held a 90-min cross-section of my high school life between 1995 and 1997. Old songs mixed with new, whatever had hooked me at the time. The ink on the cardboard had faded or streaked. Most song titles had been rendered completely unintelligible. I’d been someone else then – a pimply-faced kid that thought 21 was an impossible age, that worried he’d never get laid, that had just begun discovering bands like the Allman Brothers, Velvet Underground, the Clash and the Cure. Sometimes I envy that kid. The world of music at his fingertips. As odd as it sounds I envy the time he spent compiling all those mix tapes, pouring over track lists, planning, stacking media in the order it was to be recorded.  The mixtape is an archaic concept that our kids won’t know anything about — having grown up in the era of digital music and the playlist. There’s nothing wrong with the playlist; drag and drop, compile, re-order. It’s the perfect, efficient means to an end. For the ultra lazy iTunes even creates playlists for you. Don’t get me wrong. I support the playlist because it has improved the quality mixtapes. Without the playlist I could never compile my yearly list of my top 50 songs of the year. It just wouldn’t be manageable over four cassettes, never mind the constant reordering. On the other hand, there are teenagers all over this world that are eventually going to clear out the back of their first cars in ten years, and I can tell you what they’re not going to find: they’re not going to find a box of cassettes containing seven mixtapes, a Terminator X and the Valley of the Jeep Beets (that belonged to Bill Pesce) and a Ghostbusters soundtrack. They won’t find those time capsules left by their younger selves. Playlists will be deleted, erased, left on old computers and iPods. So what did I do when I found that travel case? I threw the entire thing in the garbage because I’m pretty sure one of those mixes contained “I Swear” by All 4 One. That’s the downside to time capsules; your younger self was probably also kind of a douchebag that you’d probably rather forget. 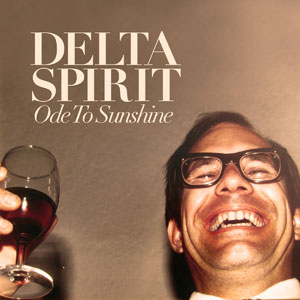