I’m up early on this muggy Wednesday morning waiting for my daughter to decide she’s ready for the day. Since my new rumble on turntables isn’t quite finished I’ll share some of the new music that’s piqued and old music that’s re-piqued my interest. These are the songs that’ll become my soundtrack for the next few months. Since I’m in the right kind of mood, I’ll call them Summer “Jams” for Oh-11. If you don’t get why I find that amusing, you might be someone that says the word “jam” sincerely. Maybe you still listen to Jock Jams. Some might consider the sound produced by this Long Beach band grunge played by Bob Dylan if Bob Dylan liked to dabble in garbage-can percussion. Okay, that might be my very own assessment. But a quicky search of the Interwebs supports this theory. It also supported the theory that people like to compare anyone to Bob Dylan. In fact, there are so many Bob Dylan comparisons out there that the entire analogy has become watered-down apple juice. And nobody wants to drink watered–down apple juice. Yuck. However you compare it, Delta Spirit plays the soundtrack of any summer. Grilling? Delta Spirit. Drinking? Delta Spirit. Jarts? Delta Spirit. Horse Balls (read: Ladder Ball)? Delta Spirit. If Delta Spirit could just move into a backyard tent for the entire summer, I’d be cool with that. “People C’mon” stirs up every great party memory you’ve ever had and releases that euphoria directly into your brain. 2010’s follow-up History From Below broadened the band’s range and provided hope for more great things to come, but it couldn’t match Sunshine. Get both, but keep History From Below on the shelf for those winter months. We/Or/Me is Bahhaj Taherzadeh, a Chicago-based singer/songwriter who not entirely unlike me (though much more talented) found himself, after the arrival of fatherhood, in need of a re-acquaintance with the world. From these sleep-deprived sessions Bahhaj creates soaring, orchestral (if one man with “some occasional help” can be orchestral) ballads that demand your attention, like being slapped with a two-ton feather. Purchase We/Or/Me HERE here on CD or in your choice of digital formats. If you want a sample, listen to the epic “Tell Sarah” from the 5-song EP Ghostwriter from 2008. If you’re not hooked, you might be a little dead inside. Sit down with these in the dark; Bahhaj pulls you into the sadness and beauty of a night spent with nothing more than your regrettable thoughts to keep you company. Even the riotest summer needs a slow jam. Shedding the impenetrable cloak of curious genre shifts worn on Evil Urges, Jim James and My Morning Jacket return to something closer to home. And by home I mean Z. And by Z I mean somewhere in the general vicinity of what we might have expected the follow to Z might have been if Evil Urges didn’t exist. Stripped down and laid back, but with a driving purpose — Jacket doesn’t pen no slacker jams. James still can’t shake the tendency to slip into lovelorn weepies or curio interludes like “Holdin on to Black Metal” but when Circuital hits, it bruises on cuts like the title track, “Movin’ Away” and the acoustic “Wonderful (The Way I Feel).” My Morning Jacket is still the “it” indie band (and yes, maybe they are a little over-hyped) but even their missteps make for good listening and everyone always wants to talk about the new Jacket record. And by everyone, I mean that buddy of yours that always wants to tell you about the hot new indie records like he’s delivering a  message from the gods.

Availability on Vinyl: Hip to the Revolution I’ll go from one “it” band to another. Fleet Foxes are omnipresent. Or maybe that’s just because I can’t stop playing the damn album. Happiness Blues makes a strong case for closing the album of the year competition early in 2011. We won’t, but for the sake of hyperbole, let’s leave that on the table. Helplessness is accessible when it should be pretentious, danceable when it should be morose. Fleet Foxes doesn’t radiate awesomeness or coolness and they won’t earn you any street cred when you walk down Penn Ave. with your boombox blasting some folk rock 60’s-era groove like “Sim Sala Bim.” And don’t be surprised if your parents request a copy of the CD. Pitchfork probably said it best when Larry Fitzmaurice in their review of the album said “it’s familiar in the most pleasing way, lacking conceit or affectation.” The best music isn’t purely innovative. Perhaps the best music is derivative in the most innovative and earnest ways.

Paramore – All We Know is Falling Since releasing this album Paramore has gone on to achieve a small measure of success. You know… a feature in Rolling Stone, a Grammy nomination, a tour opening for No Doubt, a platinum record and a headlining single for the soundtrack for the Twlight movie. Locally the Pittsburgh Penguins skated out to “crushcrushcrush” for a good measure of their 2009 championship season, earning Paramore a permanent locker in my Jock Jams Hall of Fame right next to Ozzy Osbourne’s “Crazy Train.” I should feel anywhere between benign dislike and outright distaste for this band. In reality, after checking that damning “most played” list on iTunes, I found that I spin Hayley Williams and Co. as much as bands I openly claim to love, even among mixed company. Damn you, digital footprint. The most recent album may be a bland(ish) pre-manufactured corporate hit machine (two band members left late in 2010 claiming similar sentiments), but this debut album hits all the right inconsistencies to maintain the “punk” in their “poppy punk” genre label, trolling happily in the shadow of Jimmy Eat World. That a red vinyl edition of this record was just released (but now, apparently, sold out on their website) doesn’t hurt its status. I can spin that closet pleasure on the safety of my turntable, a contraption that doesn’t feel the need to remind me how many times I’ve played “Misery Business.”

Availability on (Red!) Vinyl: Get ’em now before they’re gone As the hazy, humid evening gives way to debaucherous night so too must the playlist adjust accordingly. Herbie Hancock can no more be played at noon than Ode to Sunshine be played after midnight. When the long day of fraternizing forces its worshippers to the living rooms or lax patios and the tiki torches burn overtime to keep mosquitoes at bay… thus rings in the Herbie Hancock hour. His biggest mainstream hit, “Rockit,” has been put in a precarious situation: a monument of experimental sound sacrificed to the 80’s and the rigors of mass consumption. I throw around the phrase “it’ll change your life” with a kind of flippant hedonism, but Herbie Hancock quite literally changed people’s lives. Hancock worshiped modern technology — the synthesizer — at the sacred alter of hard bop. So we will acknowledge “Rockit,” but we will consider it anything but jazz. Instead we will spin Hancock’s fusion masterpiece Head Hunters, an album that is still fresh and funky and changing lives. It is everything and jazz. I rediscovered this album for the first time after a Six-Degrees of jazz binge: Art Blakey to Freddie Hubbard to Herbie Hancock to Herbie Hancock (or specifically Ugetsu to Hub-Tones to Maiden Voyage to Head Hunters). Critics of Hancock’s later synth-fury still malign anything that came after Blue Note, but don’t let that stop you from sampling the future sounds of 1971.

Availability on Vinyl: Available and Enhanced!

Fitz and the Tantrums – Pickin’ Up the Pieces My final summer jam comes from another band shamelessly playing music your parents would love. Like Fleet Foxes, they do it without the wink-wink nudge-nudge of most retro bands. With “Breakin’ the Chains of Love” the album kicks off with a mid-tempo Stax or Motown B-Side straight out of Smokey’s vault and carries that momentum right through the infectious “Moneygrabber,” a song you’ll be singing for days after only one listen. Unfortunately (fortunately?) for all of us, “Moneygrabber” has begun appearing in everything from This Week in Baseball to Criminal Minds, hell bent on earworm global domination. Is it Indie Pop music without guitars? Is it Neo Soul? Does it matter? Spin this record in June before your friends tell you they “discovered” Fitz and his Tantrums on Grey’s Anatomy.

Availability on Vinyl: A Wax Necessity 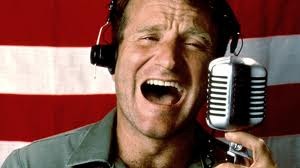