Is it possible that the most memorable conversation about Huey Lewis and the News takes place during a brutal axe murder in the excellent but flawed adaptation of American Psycho? (I’m unable to embed the video but I’ve inserted a short little sound clip without the blood below.) Over the years it seems as though the band has slipped into a punchline for a joke that nobody told. Was it because of Huey’s purple suits? Current and future generations may only remember their contributions to the soundtrack for Back to the Future — if at all. Really. I know some of these kids. They haven’t seen Back to the Future and they couldn’t identify John Cusack in a lineup. And then there’s always the scene from American Psycho.

Perhaps its my own perception of Huey Lewis and the News that has gone defective. Me and Huey stuck in 1988. Okay. Let’s start from there. The beginning.

I may have been nine years old when I first heard “The Heart of Rock & Roll” on the radio. In my mind the song was called “New York New York” because of the lyrics that begin the song. “New York, New York is everything they say and no place I’d rather be.” It wasn’t a record or CD we owned so I went straight to my source of information for all things music. My neighbor Bryan. Bryan was the older brother I never had, a twenty-something audiophile that worked for my dad, lived across the street and could have built a small home out of his vinyl-filled milk crates.

Think of John Cusack’s character in High Fidelity with an impressive beard, subtract the angst and add a few more crates of record albums. I asked for the song “New York, New York.” He, of course, thinks Frank Sinatra. This confuses him, a child — age 9 — asking for Frank Sinatra. After encouraging me to sing a few bars, he deduced “The Heart of Rock and Roll” from my humming malapropism. He put the vinyl on the turntable to confirm his theory. And so began my 23-year obsession with Huey Lewis.  Sports and Fore! would become my first CDs, back when every CD seemed to cost $15.99 and they all came in those tall white cardboard mini-boxes. Record Town existed and still stocked vinyl albums, cassettes and CDs, though by this time most of the vinyl had been reduced to clearance bins.

When I first entered a second-hand establishment with the intention of seeding my brand new record collection I went first to Huey Lewis… and then the inevitable question of whether they’d stocked him in the H’s or the L’s. I found two copies of Sports under H — one was brand new, still in its shrink wrap for $2.98. There was nary another Huey Lewis and the News album to be found. As I journeyed to second-hand record stores in the Pittsburgh area, I always checked for Huey Lewis. As of this bl-g post, I’ve gathered all of the vinyl-released albums except Small World (and also all, coincidentally, unopened copies) and the thing I’ve noticed is that you can almost always find a copy of Sports in any given record store (as well as Chicago II, but more on these omnipresent specters of used record stores in a future rumble).

I’m not sure if I’d go that far as the reason for the perceived decline in Huey Lewis’ popularity. For a record to be so available as to reach omnipresence it must first have been hugely successful. According to Billboard, Sports has sold more than 7 million copies, fueled largely by the band’s comical early MTV videos, and finished the 1984 year-end chart second only to Michael Jackson’s Thriller. If you’re going to be second, it might as well be to Thriller, am I right?

Now back to “New York, New York,” err, I mean “The Heart of Rock & Roll.” This ode to playing stellar concert jams and living the semi-sanitized rock & roll life is now, and perhaps unfortunately, the band’s most widely recognized song. From the album, it was the third of five eventual singles and though it peaked as high as #6 on the Billboard 100 (the same heights as the vastly more popular “I Want a New Drug”) it has also been lauded as the 6th worst song in history by Blender Magazine. Not that I’m necessarily going to listen to Blender, but when you’re mentioned in the same sentence as Starship and Limp Bizkit by anyone, maybe, perhaps, possibly something has gone horribly wrong. If forced, and I would never blaspheme Huey without coercion, I admit that “The Heart of Rock & Roll” is not nearly the best Huey Lewis song. Okay, okay… it’s not even nearly the best track on Sports, but it opens one of the most popular albums in rock & roll history and therefore it will have it’s place, whatever that may be, in the “forever” pantheon. It will retain it’s flame-retardant suit among fans. Casual observers and happenstancers, however, unfortunately may view “Heart” as the first and only stop in the discography rather than merely a juggling-seal act in a wholesome rose-colored sideshow. But then again, is it really all that bad? Or has it just become another casualty of pop-culture schizophrenia?

Sports boasts an unseemly album construction — though only in retrospect. The first three singles were the first three songs on the album. In order of release: “Heart and Soul,” “Drug” and “Heart of Rock & Roll”.  (There’s a curious bit of trivia that will never come up on Trivia Night.) I don’t know about anyone else, but when I see that Track 1 is the first single released from an album, I automatically approach the record with something more than negligible skepticism. Sports does not have that to worry about. When the first three songs were the first three singles, well, Thirty Hertz out. This phenomenon developed later on as a result of the CD-listening-post phenomenon, but we must remember that this is a record and therefore cramming Side A with all those goodies just didn’t necessarily spell disaster. If we are to run with the theory that “Heart of Rock & Roll” has something to do with Huey Lewis being perceived as something of a carny act for his cheeze factor then we must also submit exhibit B-Side, whereby one of Huey Lewis’ best tracks (and perhaps his most under-appreciated) begins Sports’ flipside. In their 2006 Best Of release, Huey Lewis even neglects to include “Walking on a Thin Line” as one of his own 21 greatest songs. Instead of blaming Lewis let’s just blame some faceless lackey at Capitol Records for killing the entire music industry — it’s just a general catch-all kind of blame. We troll further down the B-Side, sampling “Finally Found a Home,” the other single: “If This is It” and “You Crack Me Up.” A four-song onslaught that displays the best of Huey Lewis and none (or arguably very little) of the scapegoat cheeze, the wart that Blender attacks in “Heart of Rock & Roll.” Sports ends with a cover, a Hank Williams tune. Lewis’ voice adapts brilliantly to the genre shift (even if it is only a subtle adjustment from his standard blues-infused rock warble)  in “Honky Tonk Blues.” Despite its merits, “Blues” feels like an add-on track to hit the 9-song minimum, out of place among the more “mature” songs that would prove to be stylistic precursors to the tracks on Fore! not named “Hip to be Square.”

Final Words, aka Flip the Record

The thing about Huey Lewis is that he wears purple suits and plays with a band called The News. He calls a harmonica a “harp” without irony and covers Hank Williams on a pop record because, well, he just felt like it. Is it possible to just enjoy “The Heart of Rock & Roll” for the jolly good funtime sing-a-long anthem that it has become without the criticism for being a shallow, warty starter on an otherwise career-changing early 80’s rock & roll near masterpiece? Absolutely. Sports couldn’t start any other way. Ba bum. Ba bum. Ba bum. After enduring my daughter’s singular obsession with “My Sharona” by the Knack, which preceded the obsession with The Cars’ Shake It Up album, I have finally (much to the dismay of her mother) turned her onto Huey Lewis and the News. And it seems only fitting that when she says she wants to listen to “Lewis!” it is indeed Sports that her toddler brain craves. And despite my critical/conscious preference for Fore! it’s also often the Huey Lewis album my thirty-something brain craves as well. 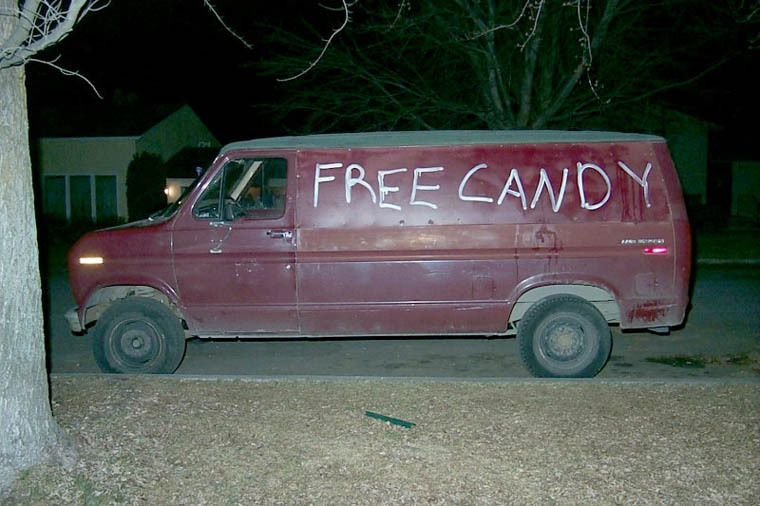 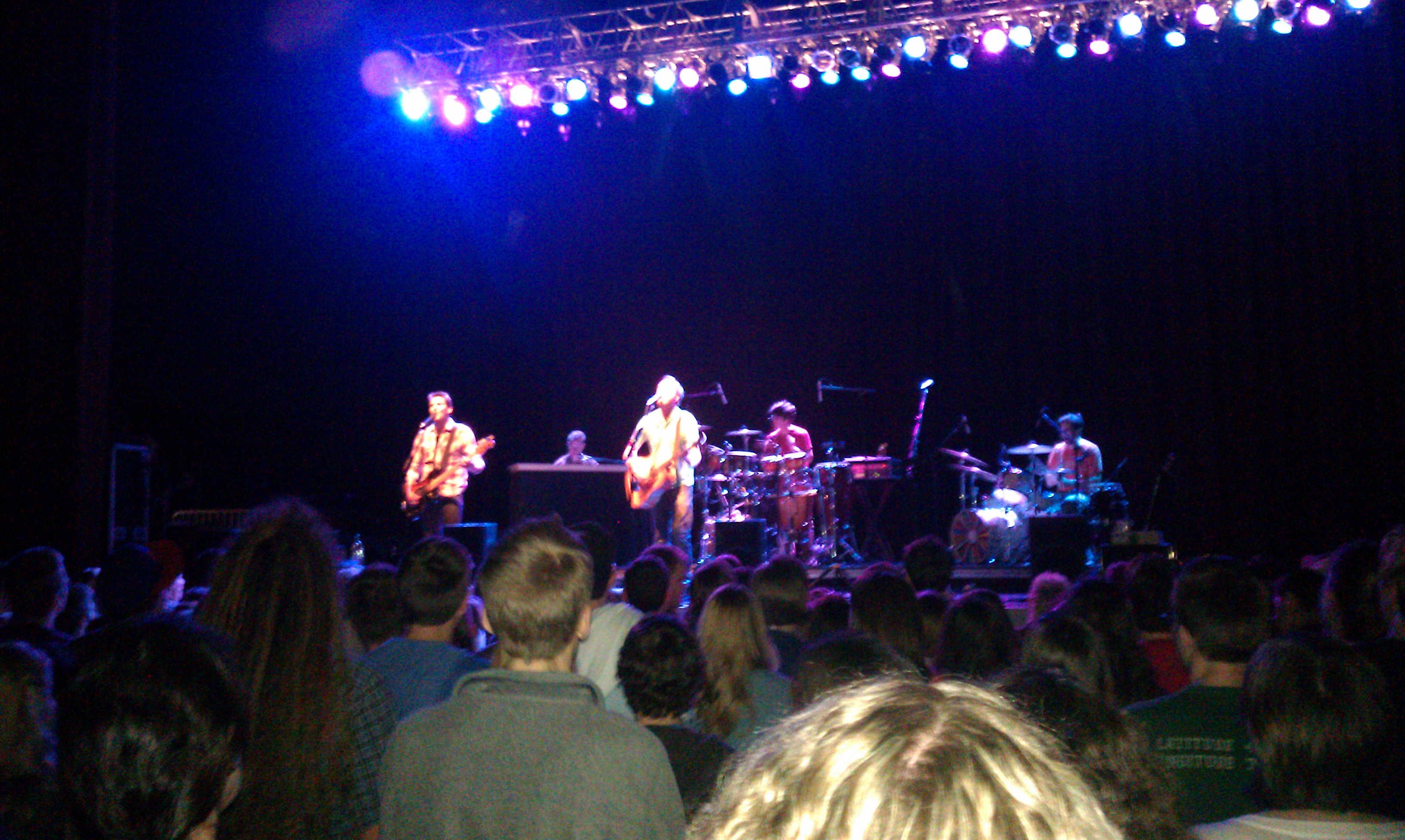