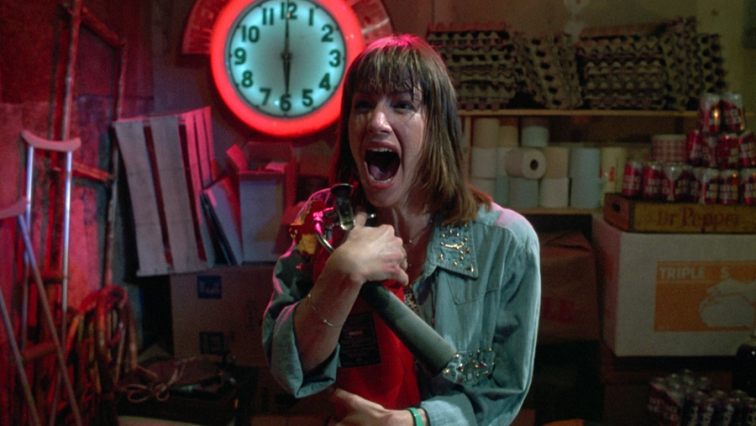 Texas Chainsaw Massacre graced my 2015 @CinemaShame list. I’d never watched the entire movie all the way through. I righted that wrong and felt wholly content with my exposure to all manner of Lone Star-state massacres, but like the lunar solstice, Hooptober rolled right around again this October and I needed sequels and more Tobe Hooper films to fill out my schedule. Two birds. One stone.

Truth be told, I never paid any attention to The Texas Chainsaw Massacre 2. I knew of its existence, obviously, but I’ve only got so many moviewatching hours in the day. What finally piqued my interest of all things was the poster. (It’s up there at the top of this page if you need a refresher.)

You’re looking at that and thinking one of three things.

Option 2: Holy hell that’s a riff on The Breakfast Club! Chainsaw-wielding maniac Leatherface (Bill Johnson) is up to his cannibalistic ways once again, along with the rest of his twisted clan, including the equally disturbed Chop-Top (Bill Moseley). This time, the masked killer has set his sights on pretty disc jockey Vanita “Stretch” Brock (Caroline Williams), who teams up with Texas lawman Lefty Enright (Dennis Hopper) to battle the psychopath and his family deep within their lair, a macabre abandoned amusement park. How do you follow up a critically-acclaimed cult masterpiece? With reverence and humility. Also, it helps to not give two f*&#s.

The 1980’s became sequel obsessed. The Friday the 13th franchise turned out six films in six years. Nightmare on Elm Street? Five movies in six years. Pressure must have mounted on Tobe Hooper to follow up 1974’s Texas Chain Saw Massacre. 12 years had passed. 12 years of expectation. 12 years for the original to evolve into a cherished and untouchable classic.

Hooper hadn’t even planned to direct the sequel — but he couldn’t find an acceptable director to work under the budgetary constraints, which I read as he couldn’t find a director willing to work for free. Hooper stepped in to direct again, but he’d conceived TCM2 as a black comedy. Cannon Films wanted a straight horror sequel. Not a straight horror sequel.

Cannon obviously wasn’t satisfied with the final product, and the film’s $8million box office (good for 83rd place in 1986 between Haunted Honeymoon and The Best of Times) seemed to justify their distaste. The film’s original  “X” rating from the MPAA certainly didn’t help matters. Hooper instead chose to release it without a rating entirely.

Texas Chain Saw Massacre created terror through the unseen. Perfectly inserted moments of cathartic gore and violence punctuated the pursuit of a skin-masked chainsaw-wielding maniac. An exercise in restraint. Hooper’s sequel disembowels that restraint and lets the entrails falls out on to the floor. And then wears the entrails as a shirt. The film opens with 80’s douchebags being attacked by the obligatory chainsaw maniac scored by Oingo Boingo. If you should know one thing about me, it’s that a 1980’s movie featuring Oingo Boingo is the quickest way to my heart. From there, TCM2 wallows in hilarious depravity. Hooper never undermines the original; he takes this opportunity to explore the flipside of that brand of unsettling horror. Skin-wearing lunatics living in a cavernous underground themepark from hell.

Critics eviscerated the film at the time of its release. The excessive gore and wasted stock characters caused a bit of indigestion. Dennis Hopper’s role especially caused consternation because he floundered around the screen as a hapless detective with no drive before flipping a switch and becoming a chainsaw waving erstaz hero. These critics failed to recognize that crazy Dennis Hopper is pure entertainment — no explanation necessary. If you want to find more meaning in Texas Chainsaw Massacre 2‘s on-screen shenanigans, there’s some merit to the analysis of the film as a commentary on 1980’s excess. That said, if you’re not already on board with Hooper’s absurd approach to the Massacre‘s legacy, I doubt a criticism of Reagan-era consumerism will re-orient your perspective.

I knew enough to expect “bonkers,” and I still wasn’t fully prepared for Texas Chainsaw Massacre 2’s warped sense of humor. By not putting Texas Chain Saw Massacre on a pedestal, Hooper created something truly and bizarrely original. Dare I say it? I enjoyed this more than that heralded original. Shout Factory’s Texas Chainsaw Massacre 2 Collector’s Edition is available and it’s lovin’ every minute of it. 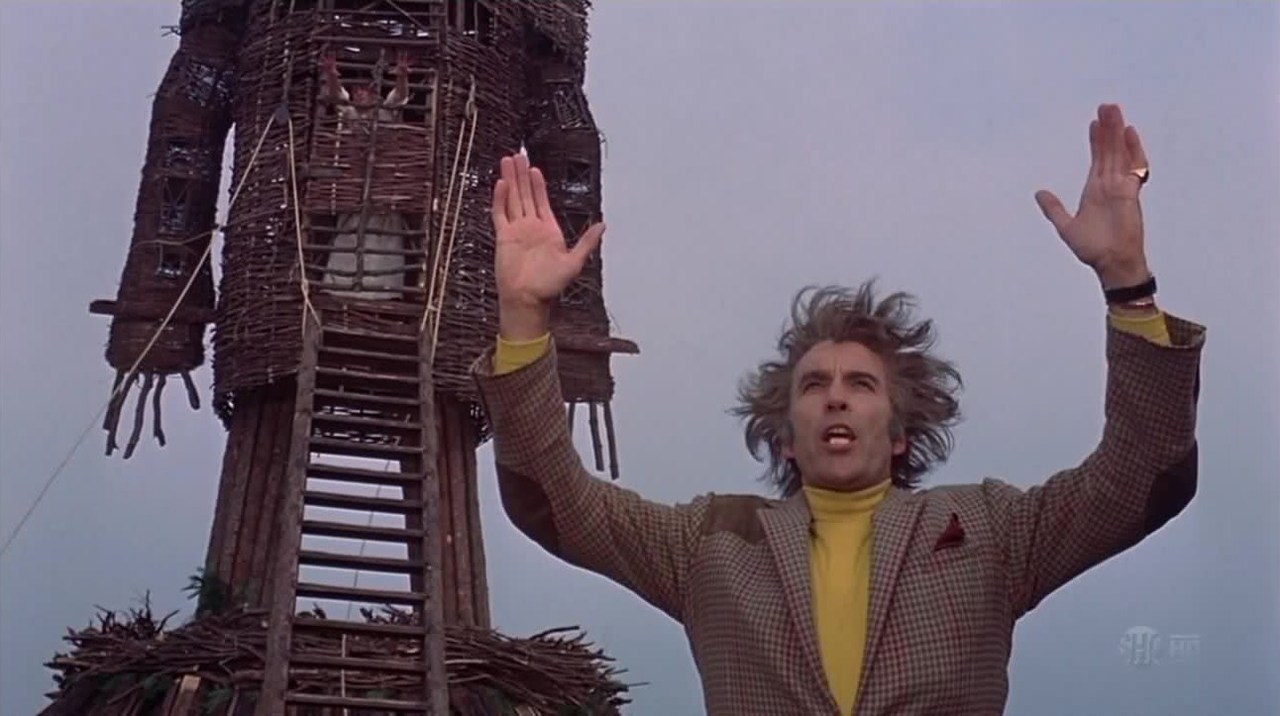