Some of my earliest moviewatching memories concern classic Universal Horror films. And if I had to pinpoint just one that propelled my interest onward, it would be James Whale’s The Invisible Man.

I’m quite sure I missed the finer points of Whale’s treatment of the material. All I knew was that Claude Rains’ invisible man did a lot of naughty things and laughed himself silly all the while. For an eight-year-old boy, that was plenty to warrant true love and adoration. Chemist Dr. Jack Griffin has created an invisibility serum. The only trouble? He can’t find a way to reverse it and one of the components of the drug causes him to descend rapidly into madness. MADNESS, I SAY!

The MADNESS! makes The Invisible Man stand out as a singular work in pre-code horror. The film’s tone, frantic pacing and the lack of the overtly monstrous, places it at odds against all of the other Universal Horror films of the period.

As Griffin slides into mania, his actions grow increasingly more violent. He begins by nudging chapeaus and tossing bicycles at townspeople but winds up as a mass murderer. The movie plans reparations, but not before we get to revel in a nihilist anti-hero making mischief. The film differs from H.G. Wells’ novel in that when we meet Griffin he’s always well on his way to insanity and far more ruthless. Wells allows his business associates to survive; Whale gives his Griffin revenge carte blanche. Having read the book in close proximity to watching the film, Whale and his screenwriter R.C. Sherriff made the novel perfectly and efficiently cinematic.

Despite Rains’ Griffin embarking on a series of despicable acts against innocent bystanders, The Invisible Man plays almost like a British black comedy — tongue in cheek and blazingly cynical. Consider that every time Griffin embarks on a crime spree, he strips naked and runs around totally unencumbered. Pre-code creativity of the highest order made possible by the film’s groundbreaking special effects.

There’s nothing quite like The Invisible Man in the Universal canon. Even the “Invisible” films that followed lack the same bite. They lacked the bold direction of James Whale and they lacked the distinctive voice of Claude Rains. Not that they’re bad films; they’re fleeting entertainment, forgettable. The original Invisible Man endures because everyone loves gleeful, untethered mischief. Universal has yet to release the Complete Invisible Man Collection on Blu-ray. Until then, the DVD set will have to suffice. The print on this DVD could use some tender love and affection. Here’s to hoping we’ll see that Blu-ray sooner rather than later.

The Invisible Man: 31 Days of Horror 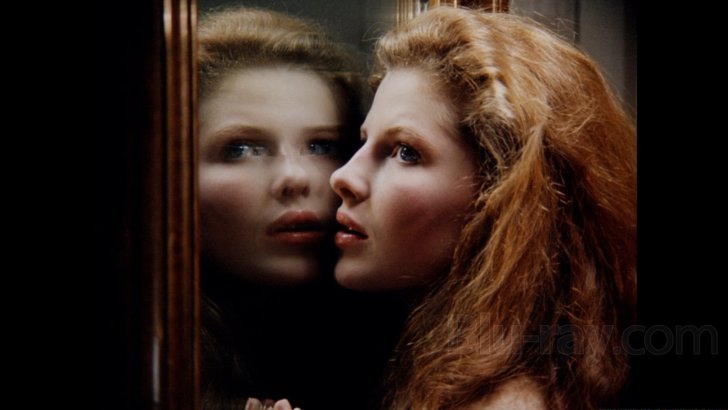