Nature of Shame:
Unopened Scorpion Blu-ray purchased because Etoile was Black Swan before Black Swan was Black Swan. And I don’t care who you are — it’s good to see 1989 Jennifer Connelly.

I kicked Hooptober up a notch by watching a horror movie that wasn’t really a horror movie at all, despite the imagery of a black swan beak-stabbing a ballerina on the gorgeous poster art.

Claire, an American ballerina (Connelly), enrolls in a prestigious Hungarian ballet school. Meanwhile, Jason (Gary McCleery), a young man assisting his uncle (Charles Durning) in a quest for antique clocks, falls in love with the beautiful ballerina. As their relationship blossoms, Claire becomes inexplicably obsessed with Tchaikovsky’s Swan Lake. Strange happenings intervene and Jason becomes determined to unravel the mysterious powers behind it all. Etoile toiled in obscurity until the release Black Swan — at which point it toiled in near obscurity as a few seen-everythings lauded Peter Del Monte’s film as a clear source of inspiration for Aronofksy’s Black Swan. Certainly thematic connections exist. The experience of playing the lead in Swan Lake causing fractures in personality. The dancers’ connections to the ballet approximating religious zealotry. Aronofsky also incorporated elements of The Red Shoes (1948) and The Fly (1986). It’s not exactly the 1:1 parallel that some have suggested.

Del Monte’s film feels more like a toothless Suspiria (1977) than Black Swan feels like Etoile. If this were an SAT question, the answer would have been Etoile : Suspiria :: Black Swan : The Red Shoe Fly (Don’t Bother Me). From the opening scene where Claire arrives at the Hungarian ballet school, Etoile invokes Suspiria‘s alienation and importunate old world mysteries. Both stories depict the attempted corruption of the ballerina by apparent supernatural forces. This narrative easily integrates into the obsessive and often torturous world of ballet. That the act of training for ballet takes the form of torture permits the co-mingling of high art and horror — something that Luca Guadagnino’s 2018 Suspiria re-imagining made far more than subtext.

Etoile pumps the breaks as it approaches and dabbles in genre motifs. The story downplays witchcraft and the ghostly presence that invades Claire’s life. Though Del Monte doesn’t play a smoke and mirror game with regard to the explanation for the ballerina’s obsession, he doesn’t at all sensationalize Claire’s descent into “madness.” Argento goes full tilt on the grotesquerie of witches, and Aronofsky mines Natalie Portman’s psychological and physical trauma. Etoile just is and while that makes for a mostly pleasant experience, it’s also forgettable in light of the other far more successful films in this unsettling cinema of ballet. Connelly gives an engaging performance in a film that doesn’t really provide her with the meaty bits that allowed Jessica Harper and Natalie Portman to engage the audience beyond the face-value substance of the part. As Connelly’s Claire becomes consumed by her “upcoming performance,” Gary McCleery becomes a leading stiff. He’s not bad, but he’s an American that looks the part of a B-grade actor who’d star in a lesser Lucio Fulci film. For what it’s worth, he’s worked with Peter Yates and Paul Mazursky, and I’m certain he was also wallpaper in The Friends of Eddie Coyle and Harry & Tonto. Etoile‘s chockablock full of gothic imagery and Del Monte’s final climax contains some memorable cross-cutting between the Swan Lake production and Jason’s struggle to free Claire’s soul from the tormented production. In the end, however, it’s all a rather bloodless and tepid psychological thriller without much bite and a total waste of the clock-obsessed millionaire played by Charles Durning. In the on-disc interview with director Peter Del Monte, he expresses regret about the swan “special effects.” The production ran out of money, but the demonic swan show must go on. He might not be pleased to hear this, but after Etoile rolls its credits — that swan is the one piece of the film you’ll remember. It’s not a bad film, and in fact I’d suggest Etoile‘s worth a watch just for some visuals alone, but it just fails to establish a consistent and memorable tenor. Etoile is available on Scorpion Blu-ray and DVD.

For the last few months I’ve been writing and researching a topic near and dear to my heart. The year of 1989 looms large in my moviegoing history and I wanted to put this year into intense focus in a longer format. I began working on this book called, tentatively, The Summer of 1989: The Last, Greatest Hollywood Summer in March and I’m just getting to the chapters on individual movies. The following post contains a portion of what I’m calling “The Preamble.” The opening chapters that set the 1989 stage, focusing on the state of the industry and discuss some of the films that don’t technically fall under the auspices of “Summer” but certainly inform the movies to come.

If you have comments, I’d love to hear them. I’ve spent enough time in the echo chamber. I just needed to poke my head out for a spell and test the air. Please enjoy this small section (that probably won’t exist in the manuscript in any form quite like this because early drafts!) while I wait for responses from publishers and agents regarding my manuscript prospectus. The fun part!

END_OF_DOCUMENT_TOKEN_TO_BE_REPLACED 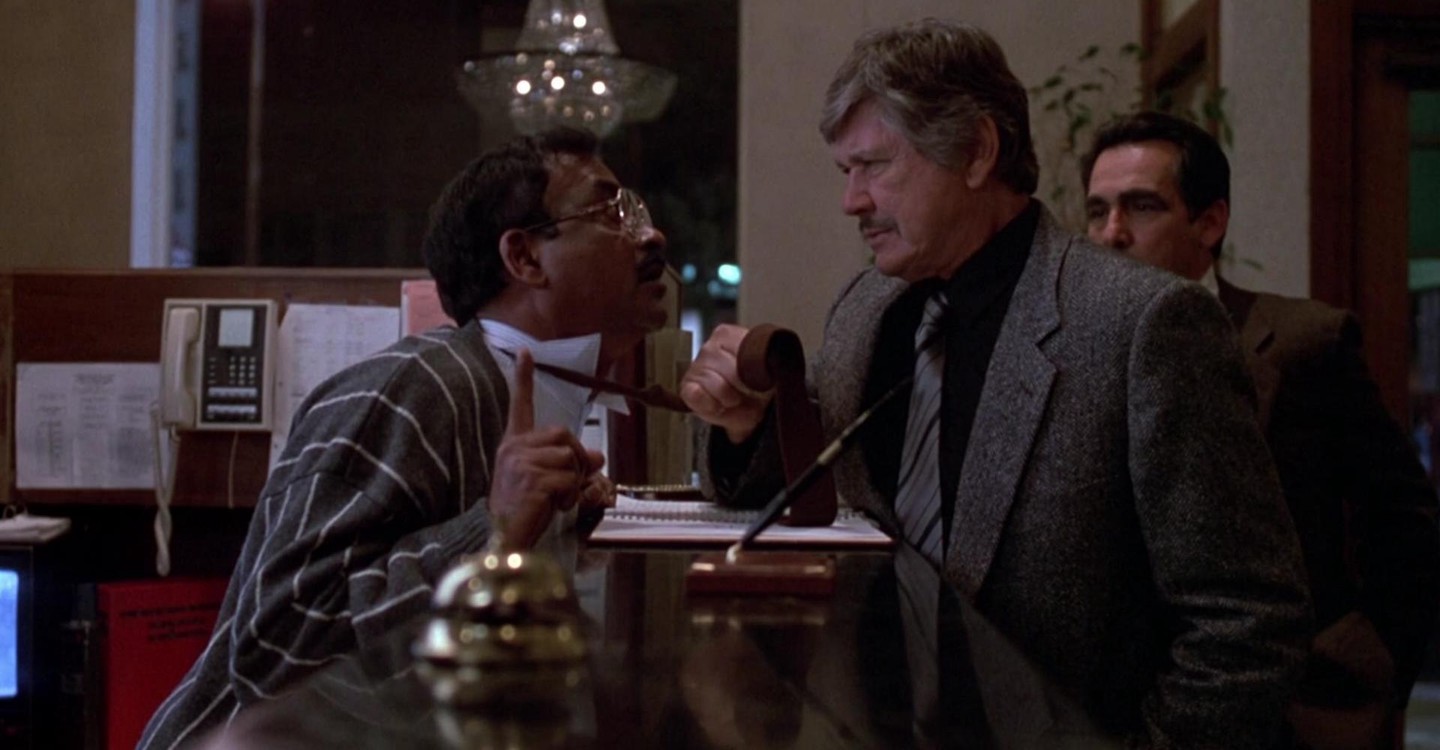