Nature of Shame:
Jaws 3D caused me to cut bait with the Jaws franchise. Let’s see how the infamous Jaws: The Revenge can further degrade the series.

The reputation of Joseph Sargent’s Jaws: The Revenge precedes it. I never had a desire to conclude the Jaws saga because the series just falls off the table in half-measures (at least). There’s not too much backstory here other than contentment that I’d never let The Revenge into my life. Jaws (1977) is one of the most beloved movies of its era — Jaws: The Revenge has a 0%. Jaws 3D does not. I don’t put much credibility in RT scores, but I wasn’t willing to troll for a movie worse than Jaws 3D.

Sharks are drawn to the Brody family like their family tree leaks blood. One might imagine they’d move to Kansas to escape the carnage, but no, Ellen Brody and family will not run with her tail between her legs! So the shark comes for her younger son. Bloody carnage! She believes a shark appearance gave her beloved husband Martin a heart attack. Does she leave after deciding that the shark is carrying some personal vendetta? No! She decides to take a vacation. Canada, perhaps? No! The Bahamas! Those dastardly sharks would never find her on an island nation in the middle of the Caribbean! — where elder son Michael works as a marine biologist. No harm will come to any of them, I tell ya! It’s been said that the definition of insharkity is going back in the water, getting eaten and then doing the same thing over again. Never has this been more clear than in Jaws: The Revenge. Ellen keeps having PTSD shark flashbacks, and Jaws 4 draws on the slasher construct to create a kind of Laurie Strode (and fam) vs. the Shape on the high seas. Only unlike a slasher movie that presents its villain as a representation of pure, inescapable evil, Ellen could literally just leave. Amity never looked all that wonderful anyway. If the campers caught in their Friday the 13th nightmares could have just left camp to end their mortal peril, I’m quite certain they would have hopped on the first bus out of the woods.

On a related note this “How could this keep happening to the Brodies?” premise inspires plenty of unintentional humor. The aforementioned Ellen flashbacks of her entire family getting eaten by sharks or attacked my sharks. Sensing her elder son’s peril; in the middle of a dance with Michael Caine, no less; suggests something extra sensory, perhaps supernatural about this connection between Ellen and the fish. There’s no biological explanation for the narrative of Jaws: The Revenge. Jaws: The Revenge just is. As a viewer you can embrace the insharkity or you can, like schools of viewers before you, write the film off as Brody chum (instead of “bloody chum” — over-explaining mediocre puns is my favorite pastime). The better — nay — best question about Jaws: The Revenge is how Ellen came to this realization that a Great White has a hit out on her family. Martin Brody killed the shark in Jaws and Jaws II. Unless the Lamnidae family of sharks has some kind of ancestral hive mind that pursues its aggressors across the oceans of the world, this is a textbook case of paranoid schizophrenia. Except for the fact that the movie normalizes her fears. This shark wants to kill Brodies and that automatically makes JTR more interesting than your average cash grab sequel. I’m dying to know how that’s treated in the tie-in novelization because you know Hank Searls embraced shark telepathy in his prose. ‘Jaws: The Revenge’ Spawns… Something

There’s no reason for Mario Van Peebles to speak with an accent. Was Michael Caine’s agent drunk in the 1980s? During the mid-80’s, he was all over the bloody map with Blame It On Rio, Hannah and Her Sisters, Mona Lisa and Jaws: The Revenge. Luckily for all of us he showed up to collect his paycheck and still brings swagger and doe-eyed charisma to an underwritten (unwritten) role of swoon-worthy pilot. Caine even talks like he’s doing an impression of Steve Coogan and Rob Brydon doing an impression of Michael Caine. Here’s the clip from The Trip (2010) for reference:

I’ve already assessed the clinically “inshark” (again, instead of “insane”) basis for this movie. Despite it all and despite its reputation, Jaws: The Revenge improves on Jaws 3D and I might even dare to argue that Joseph Sargent’s film is more entertaining than the objectively superior and more polished Jaws 2. I’ll share that confession with you, faithful readers and Hooptoberists, but I’m going to keep that to myself in mixed company unless plied with libations. The point I’m riding like a sunbather primed in the jaws of a Great white is that Jaws: The Revenge has reverted back to its B-movie roots. Steven Spielberg turned a B-movie premise into a global, industry-shifting blockbuster. Between the rampant continuity errors and the comically mechanical shark, Jaws: The Revenge dispensed with any pretense that these sequels were ever able to attain a flavor cinematic excellence. With that guise of respectability finally swept out to sea, the fourth installment marries the slasher movie production mentality with the insharkity inherent to a series of movies about sharks repeatedly terrorizing a single family.

Jaws: The Revenge had no business being released in theaters. It’s rushed, clumsy, incoherent, and the shark roars. Like a lion — that’s right. The final showdown between Ellen and the Great white suggests Sargent has taken cues from the Alien series. The badass woman going toe-to-toe (toe-to-fin?) with her nemesis in one final confrontation. The movie, however, can’t even maintain suspense for the ten minutes required to finish the fish. I’ll refrain from spoiling the method of ultimate demise, but I’ll state that it goes down among the most incoherent action finales I’ve ever seen. It’s all true — but I had some fun, and that’s ultimately why we watch. Jaws: The Revenge is available on Universal Pictures Blu-ray.

Jaws: The Revenge: 31 Days of Horror 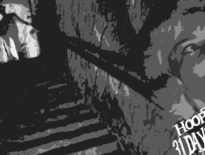 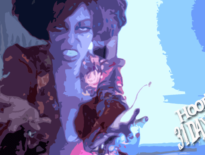