[ahem]…it’s GODZILLA, except… wait for it… HE’S A TURTLE…

And he flies and spins and fire comes out of his mouth. Plus some other weird places on his body because nuclear bombs and planes and war are bad! REAL BAD.

My first viewing of an un-MST3K’d Gamera movie. Even during the riffs, Joel and the bots didn’t set out to undercut the movie’s relative quality. In my opinion, they’re not among the best Mystery Science Theater riffs because they’re more hangout-inspired rather than a celebration of the joys of bad cinema. The same observations could be made about any non-Godzilla (1954) kaiju film that strains its budget to an obvious breaking point. More on this later.

While watching these low-budget kaiju offerings, it’s easy to slip into a childlike frame-of-mind. The obvious model-work (and destruction) and person-in-a-rubber-suit costume party doesn’t lend itself to mockery so much as isn’t it cool they made a movie like this? You can see clearly how the film comes together absent the moviemaking magic allowed by money to make those models and costumes less obvious.

It probably benefitted the MST3K riff that the version used was the 1985 Sandy Frank-commissioned release featuring an atrocious English dub and new soundtrack.

I love watching these movies with my youngest daughter (now 9yo), who thinks all of the kaiju are just adorable and has started to identify some of the filmmaking and special effects techniques. Enjoying low-budget monster knockoffs like Gamera isn’t about ignoring the shortcomings; it’s more about embracing the artifice as its presented. We watched through a handful of offerings on the Criterion Godzilla set last year, so she’s primed for everything Gamera has to offer.

In 1964 Dalei Film studio head Masaichi Nagata wanted to piggyback the success of both Toho’s Godzilla (obviously) and Alfred Hitchcock’s The Birds (not as obvious?) by creating a “Nezura the Giant Horde Beast” franchise and replace birds with mammoth-sized man-eating rats created by a revolutionary high-calorie food source that causes mutations. The real Japanese health department shut down production because the flea-infested wild brown rats used for the film escaped the set and had the potential to spread disease. The climax? Neutralization through rat cannibalism.

Nagata conceived Gamera as his Nezura replacement. Due to an extra-tight budget and schedule, the production used outdated equipment and faulty props and faced the wrath of other Japanese film producers for its unrepentant clone of Godzilla right down to its nuclear anxieties. This time, however, an American jet shoots down an unknown, unidentified aircraft in Arctic waters. The blast awakens a dormant prehistoric tusked turtle that an Eskimo chief identifies as Gamera. “Action” shifts back to Japan where the story localizes on a kid whose turtle obsession is threatening to derail his studies.

Anytime a monster film focuses on the kid, I have concerns. Toshio (played by Yoshiro Uchida). Perhaps because he’s mugging in Japanese I’m less bothered by this tendency to put himself in irresponsible situations. Goshdarnit he’s gonna stand between that turtle and the collective forces of the U.S. and Japanese military to ensure its safety. A few moments of sisterly hand-wringing aside, everyone seems okay with this crusade even as little Toshio stows away to the frontlines of Gamera battle.

Gamera lands on that elusive intersection of corny and cool. Outdated effects, hokey dialogue, and blatant Godzilla lifts don’t betray the film’s independent spirit. A fire-spitting turtle that hurtles through space and destroys Japan? What’s not to enjoy about that? It’s not great or original or Godzilla — it’s just Gamera. 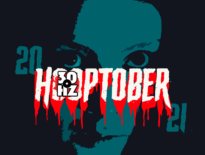