Nature of Shame:
Trudging my way through the intermittent (and extremely relative) joys of the Friday the 13th series. Bring on Friday the 13th Part VI because it’s the next one.

Complacency had set in. After the disaster that was Friday the 13th Part V, I was just going through the motions at this point. I had to get through #6 to satisfy the Hooptober “6th film in a franchise” requirement and I had to get through Part VIII for #Watch1989 because that’s the other watch prompt I’ve got going on. I’d been told better things were on the Friday the 13th horizon. “Keep going,” Twitter said. “Ugh,” I said to no one in particular. I’d scavenged the entire series on DVD from Netflix and my library so I might as well get these things watched so I can get these back into the library system/Netflix circulation to torture others. And hopefully, eventually, watch the other movies on my Hooptober list.

Something happened very early in Friday the 13th Part VI that brought me back into the fold, however. After a generic Jason-rises-from-the-grave pre-title sequence (featuring Ron Palillo, aka Arnold Horshack!), we’re treated to this little nugget: Jason riffing on the James Bond opening gun barrel by walking into his own dilated pupil and slashing the screen.

I’m normally skeptical of non-espionage movies that riff on James Bond. Without going too far down this rabbit hole, I’ll summarize my feelings by saying they just don’t “get it.” They don’t get what makes these 007 rituals so important to Bond fans — but Friday the 13th, on the other hand, does? Like James Bond, Jason has become an immortal cinematic icon. He cannot be killed. He will return. And he really really likes women. So when Jason steps into pupil, turns, and not-so-gently nudge nudge wink winks James Bond; I finally witnessed the kind of self-awareness necessary to survive, as a viewer, six movies into this franchise.

So Jason wasn’t Jason in Friday the 13th Part V, but we’ve had enough of that nonsense. Stop being cute. Jason’s back, baby. Poor Tommy Jarvis, trying to end the hallucinations plaguing him since his last encounter with Jason, ventures to the graveyard with his friend Allen (Horshack!) to cremate Jason’s corpse. As he opens the casket, flashbacks strike Tommy and he panics, stabbing the rotting, maggoty corpse with a piece of metal fence. Lightning strikes the post, reanimating the corpse and bring Jason back from the dead. Jason punches a hole through Allen’s chest, Tommy flees, and Jason Lives! I’ve not been shy about shrugging away the popularity of the Friday the 13th films. I watched the first one for a Cinema Shame podcast episode two years ago and I’ve been on a two-per-year diet. They occupy a particular place in horror film history and I’ll never deny the budget-conscious effectiveness of the original Friday the 13th construct. Despite some affection for Part II, it wasn’t until this entry, however, that I found the Friday the 13th that proved to be more than its very mechanical, lumbering parts. Part VI has a defined identity and a purposeful sense of humor about itself. Humor had been a component of the series, but it had always taken itself just a little too seriously. Even as the characters kept getting dumber and more deserving of a machete attack, the films as whole failed to embrace humor beyond lazy stereotyping and broad stabs at humor. (Get it? Stabs?)

So Tommy’s not a very good Tommy. We can get over that. John Shepherd, despite his reservations about the role, rendered Tommy as a fully-formed, Norman Bates-like scarred psyche. This Tommy (Thom Mathews) is just a Tommy. He’s dismissed as a quack and subsequently charged with the new Jason murders based on zero evidence. His supposed crimes provide more depth to the film. In order for Tommy to stop Jason, Tommy must also outwit Sheriff Mike Garris and his patrolmen. I didn’t suggest profundity, mind you — just an extra layer of conflict that also introduces Tommy’s love interest in the form of the Sheriff’s daughter Megan. Director Tom McLoughlin intended to deliver a different kind of Friday. The producers resisted his efforts. Unlike other Friday the 13th films in which editors had to remove graphic sex and violence to avoid an “X” rating, producers asked McLoughlin to add more. He also changed the momentum of the series heading into Part VII. The reborn Jason has now become an indomitable supernatural force — and in certain ways McLoughlin has rendered him as a modern Frankenstein’s monster. A scene early on depicts him discovering this power as he rips an arm off of a corporate paintballer. The resurrection via a bolt of lightning certainly inspires immediate comparisons to the birth of Mary Shelley’s creation. I can’t say that the parallels continue beyond those few moments. This is still the sixth entry in a series of low-budget slasher movies, after all. Top to bottom, however, there’s just more interesting filmmaking decisions to pick apart. Add in a smattering of Alice Cooper tracks and Friday the 13th Part VI becomes its own thing — an oasis on this cruise through the endless hordes of routine slashing and stabbings.

It took me six tries, but we got there — the Friday the 13th movie that would make me a “fan” of the series. I just needed that one to put me over the top. There’s enough surprises and purposeful filmmaking decisions in Friday the 13th Part VI to make this something more than your average cavalcade of 80’s sex and carnage. I salute this new direction and hope that some of this carries over into Part VII.

Friday the 13th Part VI is available on Blu-ray and DVD. 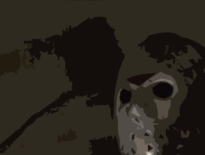 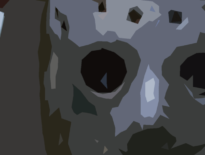