Nature of Shame:
Horror movies directed by women should be a yearly Hooptober requirement. I didn’t know this one was directed by a woman until after I already had it on my Hooptober list. Bonus points.

Two brothers, brainwashed by their serial killer Uncle Anwar, fulfill their destinies by collecting the body parts from immoral women and resurrect the Lumerian goddess Sheetar. The unwanted parts get served in a “vegetarian” diner! Waste not want not! Oh and Uncle Anwar is nothing but a brain in a jar with an attached speaker! You know, for the kids!

In the Bloody Diner of “Vegetarian” Delights

I’m going to take this opportunity to move this bl-g marathon along. I’ve watched all but one of my Hooptober films but I’m 17 posts behind. At this rate I’ll finish next Hooptober.

Blood Diner is a dumb dumb dumb, super dumb, dumb movie filled with barn-side broad humor that rarely fails to pluck the lowest hanging fruit. It pillages ideas from far better gore flicks like Re-Animator and the films of Herschell Gordon Lewis (who apparently served as a muse for this entire production). While I acknowledge Hershell Gordon Lewis’ place as the godfather of gore, I’d really rather have my teeth cleaned at the dentist — nothing invasive mind you, just a regular cleaning with a to-go pack containing a new toothbrush, a pen and some floss — than watch Blood Feast again.

And yet, I *was* entertained by Blood Diner. The novelty of a brain in a jar attached to a speaker loses its novelty after Blood Diner plays that joke out like Eddie Money played out “Two Tickets to Paradise.” Okay, I’m lying. I can’t get enough of “Two Tickets to Paradise” or the sociopathic brain in a jar. In fact, I cared more about the brain in the jar than I did the two leads, played by Rick Burks and Carl Crew. They’re generally affable everymen, but how can you upstage a brain in a jar? DID I MENTION THE BRAIN ALSO HAS EXPRESSIVE EYEBALLS? The most impressive of all $5 special effects.

Blood Diner wants the viewer to root for these brothers as they murder and massacre their way through hundreds of sinful ladies to resurrect the goddess Sheetar. I found myself mostly ambivalent about their quest because they’re likable, but likable compared to all of the other awful humans.

I am disappointed we didn’t get to see more from Rick Burks. The actor died in a car accident two years after the release of Blood Diner. He has such natural personality he could have become a cult-movie hero as a poor man’s Bruce Campbell considering his ability to make something out of overall limited horror-comedy material.

You Mentioned a Female Director?

Jackie Kong made a modest name for herself with the comedy Night Patrol (1984) starring Linda Blair, a movie I’ve forgotten. (I lament not this absence.) I do think the material’s in some ways bettered by her camera. Listening to her talk about the ways she twisted Michael Sonye’s script into a comedy, it’s clear she had a far greater perspective on how Herschell Gordon Lewis-brand material would play in the 80’s.

This had to be funny. This had to be light and quick and move from joke to joke because audiences had become immune to earnest gore as entertainment. We had straight-to-video trash coming out of our ears in 1987. To her credit, Kong tests the limitations of 1986 decorum. The watchdogs must have had problems with the clean-cut boys next door committing the murders, the rampant nudity and the HGL-inspired gore. The Ronald and Nancy Reagan masks worn during a nude aerobics video shoot massacre has got to be one of the Top 10 most 80’s moments ever captured on film. The ratings board gave her the ‘X’ so Kong and Vestron released the film as ‘unrated.’ Because it was the 1980’s, and whatever, man.

Most people seem to love it or hate it, but, hey I’m non-committal. I can see arguments for both sides. As much as I cringed at some of the acting and easy laughs, I saw moments of true horror comedy inspiration. I wish the latter were more frequent, but then Blood Diner wouldn’t be such a cult movie. It’d have just been another Re-Animator and we only have room for one gruesomely funny gorefest as the pinnacle of the 1980’s horror comedy.

While I won’t be revisiting Blood Diner anytime soon, there’s a definite and deserved place for the film in the hearts of gore hounds. Just because I’m not exactly on the wavelength doesn’t mean you won’t enjoy all the easy jokes about vegetarians eating human flesh and loving the hell out of it. I may have even laughed at one or two of them myself. Blood Diner resides in that category of films called “They released that on Blu-ray?” Yes. Blood Diner has been released on the Vestron Collector’s Series. It looks absurdly good considering that Jackie Kong shot it on such a shoestring budget she replaced a paid actor with a dummy to save cash.

Some things in this world do not make sense. Wonder Boys (2000), one of the finest films of the last twenty years, doesn’t have a Blu-ray release but Blood Diner has been given the deluxe treatment.

Buy it on Amazon. Maybe. 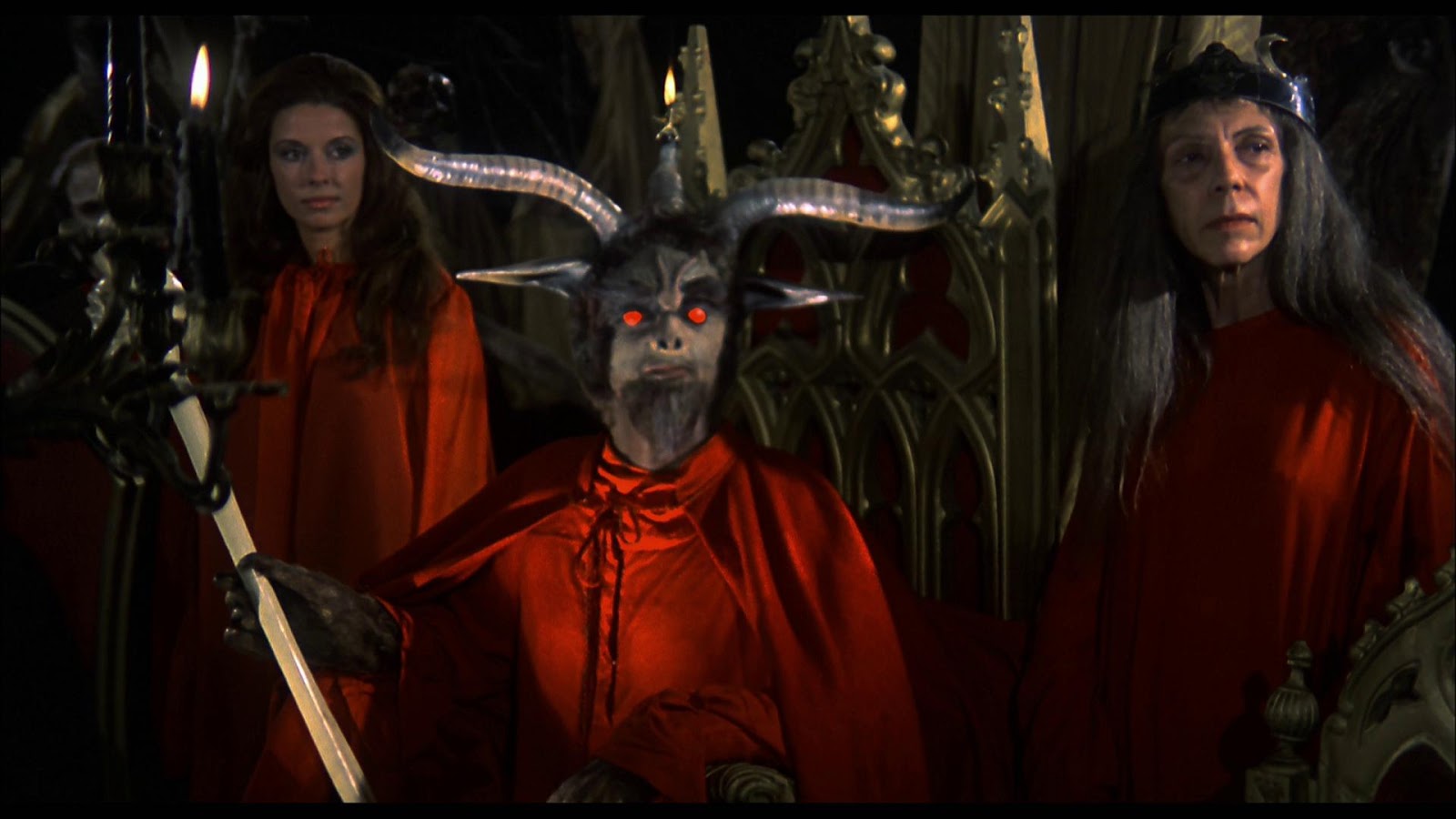 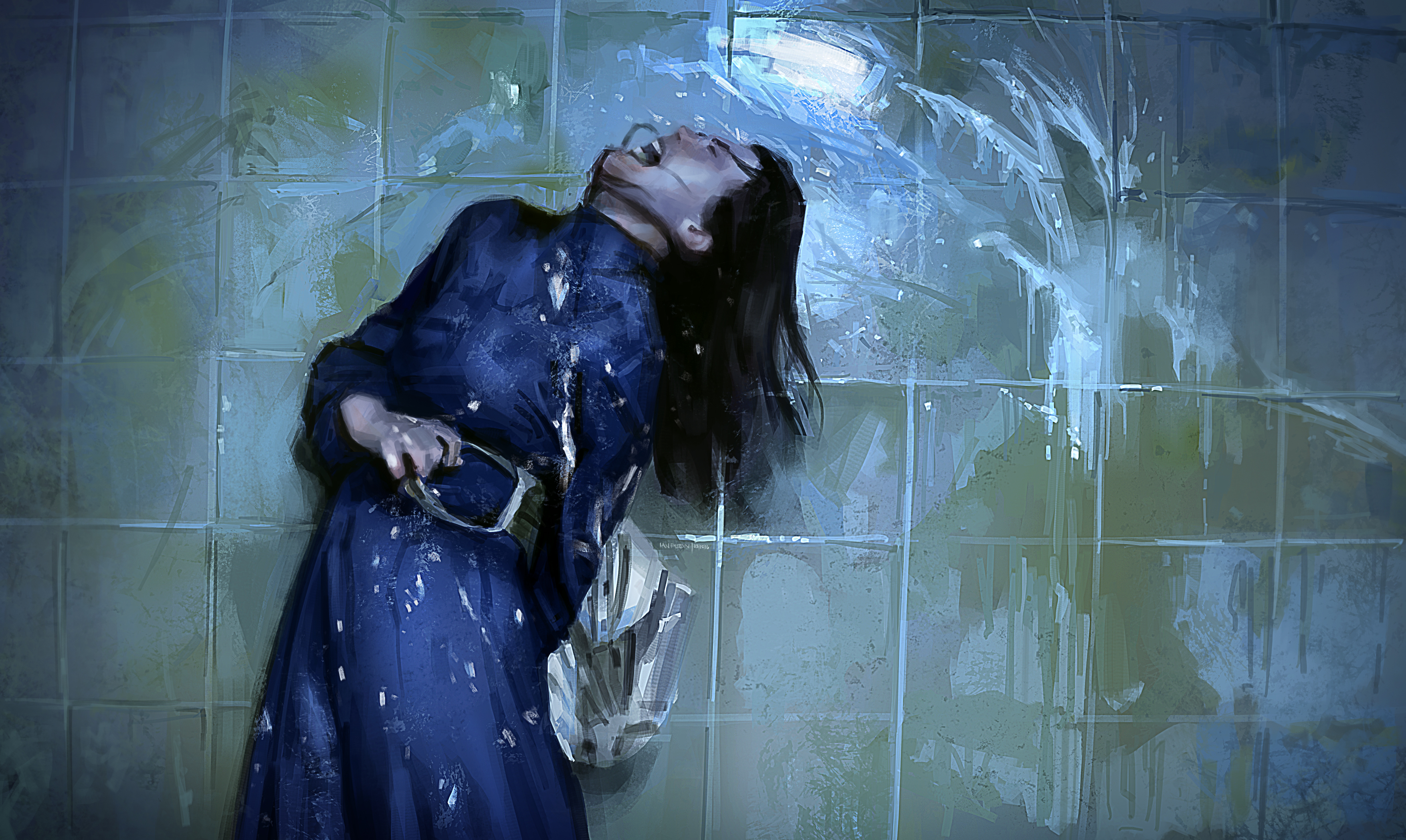