In yesterday’s post I picked 12 Essentials from the Twilight Time sale and I happened to included a few of the 20th Century Fox catalog titles. I won’t repeat those in today’s list because 1) you’ve already heard me wax effusive about them and 2) I get to pick more movies that I like. Therefore, in today’s post I definitely won’t mention Stormy Weather, Two for the Road, The Bravados, or Will Success Spoil Rock Hunter? other than to say that you should most definitely stop what you’re doing and place an order that includes Stormy Weather, Two for the Road, The Bravados, and Will Success Spoil Rock Hunter?

I should also mention that none of us know for sure what Disney will do with the 20th Century Fox catalog titles. I wrote about my thoughts in this post, but we’re all playing a wait and see game. It would surprise no one if these titles never appeared on another form of physical media. For anyone that rightly distrusts those gatekeepers promising “everything available all the time” this is no doubt disconcerting because their “everything” does not consist of the mid-century classics that make up 90% of the Twilight Time catalog.

Keep in mind that I’m just one guy and I haven’t seen all of the 20th Century Fox movies in this catalog — so I’m likely missing some gems. If you have a surefire recommendation leave it in the comments or hit me up at @007hertzrumble on Twitter and I’ll broadcast it to the Twatterverse.

A dream blends into nightmarish reality as Miranda Wells (Gene Tierney) movies to New York to live with her rich cousin. The Tierney and Vincent Price combination doesn’t sound natural on paper, but handsome 1940’s Vincent Price has charm, pizazz, and an undercurrent of something nefarious. This is gothic fare of the highest order and reminds immediately of Alfred Hitchcock’s Rebecca. Who needs soft focus when you have Gene Tierney?

Also available on an Indicator series Blu-ray in the UK. You might call her Queen O. Or Her Highness Livvy of Havilland. It doesn’t much matter how you worship, but worship you shall. Olivia de Havilland’s a force of nature as a disoriented woman who finds herself in a mental hospital with no explanation and no memory of her new husband. Dr. Kik works with her to unlock memories through electro-shock therapy. The suppressed memories come trickling out, building suspense and keeping the viewer guessing. A potent time capsule of our unfortunate views on mental illness.

An alcoholic millionaire (Robert Ryan) breaks his leg falling off his horse and is left to die by his philandering wife (Rhonda Fleming) and her lover (William Lundigan). Ryan’s at the peak of his powers. This story about survival against the odds takes place amidst immaculate desert landscapes and Rhonda Fleming’s highly articulate eyebrows. If you have the ways and means, view the 3D version, but if you don’t the 2D will do just fine.

And speaking of Roy Ward Baker… I caught Don’t Bother to Knock on TCM last year expecting a silly little one-note thriller notable for being an early dramatic vehicle for Marilyn Monroe. This hotel-bound melodrama gripped me from reel one. Richard Widmark plays Jed, a skeezy airline pilot (Widmark can’t not skeeze) trying to get some rest in a hotel when a young woman catches his eye — she’s babysitting for a wealthy couple, but he’s not so sure she’s exactly capable. Monroe shows great range, the film always feels off-kilter, and you won’t worry about predicting where it’ll end up.

I could try to sell with the story or Edward Dmytryk or 2.35 : 1 Deluxe color cinematography — but instead I’ll just list the cast and let you ponder things. Richard Widmark (again!). Henry Fonda. Anthony Quinn. Dorothy Malone. Deforest Kelly. Richard Arlen. Frank Gorshin. You want to see this movie now, don’t you? Naysayers would call this a generic genre film, I’d call this an old-fashioned star-fueled Western saga about a weary town turning to hired guns for salvation — a year before the release of The Magnificent Seven.

I chose this spy-oriented thriller over the (at times overly) languid The Quiller Memorandum because this is a movie that not even genre aficionados have heard about. And truth be told, I only watched this because someone pestered me for a month. Director Bernhard Wicki’s (The Longest Day) Morituri features surprisingly layered performances from Marlon Brando and Yul Brynner and Conrad Hall B&W cinematography. When you think the movie’s going to ride the standard wartime narrative, it becomes something more interesting — a character study aboard a grim, claustrophobic merchant ship that manipulates its inhabitants like a puppetmaster.

The story of the hapless schmuck who sells his soul to the devil for seven wishes he uses to woo the beautiful Raquel Welch. This Dudley Moore / Peter Cook classic necessitates viewing on Blu. Who knew this film could look so vibrant? (Though Adam Tyner at DVDTalk.com raised questions about a possible stretching situation.) Bedazzled remains an essential — albeit one constructed more like a sketch-show than a cohesive feature film. The schtick works for the old comedy team of Moore and Cook and this is one Twilight Time disc fans of British comedy shouldn’t be without.

The tagline for Larry Peerce’s subway-bound thriller is “Hits like a switchblade knife!” — which causes me to think about West Side Story gangs throwing switchblades jabs in between jetes. Then of course there’s the reality of this gritty psychological drama about two thugs terrorizing a subway train. Martin Sheen makes his screen debut as one of the two hellraisers aiming to make your blood boil — and boil it will.

Only in the 1960s did studios dare to release a pop-art rom-com psychological thriller that’s as much Psycho as it is Bye Bye Birdie. Anthony Perkins convinces a smalltown girl (a radiant Tuesday Weld) that he’s a secret agent. He’s not, of course, and that sets this movie off in all kinds of surprising directions.

Paul Mazursky doesn’t always get the love he deserves because he directs low-key dramedies about fully formed human characters. His movies feel nostalgic and ponderous about the crazy human condition. Speaking of craziness, this story about an aspiring Jewish actor that moves to bohemian Greenwich Village in 1953 features Shelley Winters, Christopher Walken, Bill Murray, Lois Smith, and Jeff Goldblum among many other familiars. A wonderful card to have in your back pocket for “Six Degrees.”

You might have expected the 1954 Film Noir Black Widow, but no! That’s a fine but unexceptional entry in the canon. Meanwhile this Black Widow from 1987 boasts Debra Winger and Theresa Russell playing a wicked game of cat and mouse — plus appearances by Dennis Hopper, Nicol Williamson, and Lois Smith (again!). Starts slow and probably needed a stronger finale — and yet this oh-so-80’s entry entertains due to the strength and screen presence of its two female leads.

Sure — this is just another 1990s actioner, but it’s the final Brandon Lee actioner before an on-set accident on The Crow cut his life tragically short. Rapid Fire dispenses with downtime and just serves martial arts and shoot-em-up set pieces. This movie is pure disposable fun — and Power Boothe villainy! — and I’m still shocked someone had the wherewithal to release this gem on Blu-ray. Hopefully Brandon Lee’s oeuvre gets another wave of appreciation. The master list of EVERY Fox-distributed Twilight Time title currently in print!

(Italics denotes titles on my short list for my highest recommendation. Titles listed in order of Twilight Time release.) 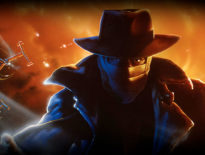 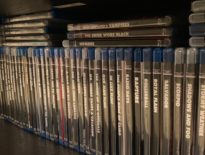