I didn’t realize I owned this until I was sifting through some multi-movie releases. This particular DVD set, “MGM Movie Collection – 4 Musicals” featured The Phantom of the Opera, Absolute Beginners, The Saddest Music in the World, and Sandra Bernhardt in Without You I’m Nothing. Just because a movie title contains the words “opera” or “music” does not make it a musical. I’m hoping just one person tossed on this version of The Phantom of the Opera expecting classy production values and Andrew Lloyd Webber soundscapes.

The Phantom of the Opera Elevator Pitch

In modern day Manhattan, Molly Shannon hands young opera singer Christine Day (Jill Shoelen) a mysterious piece to perform for her audition. Having never heard of the composer, Eric Gessler, the two do some digging and discover that he may or may not have been a mass murderer. Fun! As Christine performs the piece during her audition a sandbag falls from the scaffolding and knocks her unconscious. She awakes in 1885 London, the understudy to the diva of an opera company. She develops a secret admirer who may or may not be killing anyone who stands in the way of Christine’s success. If You Sing It, He Will Kill (And Try to Marry You)

Originally a Cannon release, the film changed directors and shifted to Menahem Golan’s 21st Century Film Corporation when Cannon went bankrupt. During the transition, the screenplay gained the modern framework and the expectation of a sequel called A Phantom of the Opera 2: Terror in Manhattan, which feels a little too close to a real-life Hamlet 2 for comfort. Fortunately (or unfortunately?) the sequel never came to pass and all that we’re left with is this surprisingly competent adaptation of Gaston Leroux’s novel.

I say “surprising” because my expectations were based on Menahem Golan. As if Globus was the steady head in that legendary film production duo. I threw this in immediately after Etoile because thematics. Ballet to opera — a can’t miss double feature of mediocrity and missed opportunity. Sometimes I just can’t with you, #Watch1989. Like Etoile, this Phantom adaptation fails to go for the jugular. If I expected anything out of this film, I expected layers of grotesqueries on top of kitsch laced with tackiness. In an ideal world, of course. Instead of all that, this Dwight H. Little (Rapid Fire, Free Willy 2) directed film settled for a couple moments of legitimate shock alongside some fine (and squishy) Phantom prosthetic effects. Fine production values set a mood that have welcomed a more gonzo performance from Robert Englund as the Phantom and a few more creative kills. The movie sets expectations when the Phantom takes on a few naysayers in the alley and bowls a severed head at their feet. In that moment I thought I’d discovered something glorious. Unfortunately Freddy at the Opera this was not to be.

Phantom of the Opera settles into a Hammer Horror gothic-lite complacency. Everything looks great (all things considered — it is a Menahem Golan production after all), but Little fails to establish the underlying mood that carries the Hammer films, making those British productions more than what appears on the page. Without much humor to prop up this plodding and routine film, it falls just on the right side of watchable but short of “worth gushing about on Twitter.”

Final ‘The Phantom of the Opera’ Thoughts

When I go Golan, I’m expecting to be bewildered by some facet of the production. Golan assembled the necessary pieces, but like Robert Englund’s patchwork face in The Phantom of the Opera, it’s all just a teeny bit limp and sticky. Gore fans will find some practical effects to admire, Englund fans will find a cautiously subdued version of Freddy Krueger (though he does show his real face for a good portion of the film), and the rest of us can appreciate a good bowling-with-heads scene and a rampaging Bill Nighy and then bugger off to our next #Watch1989 and.or #Hootober feature. The Phantom of the Opera  is available on MGM DVD. 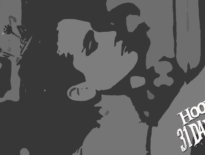