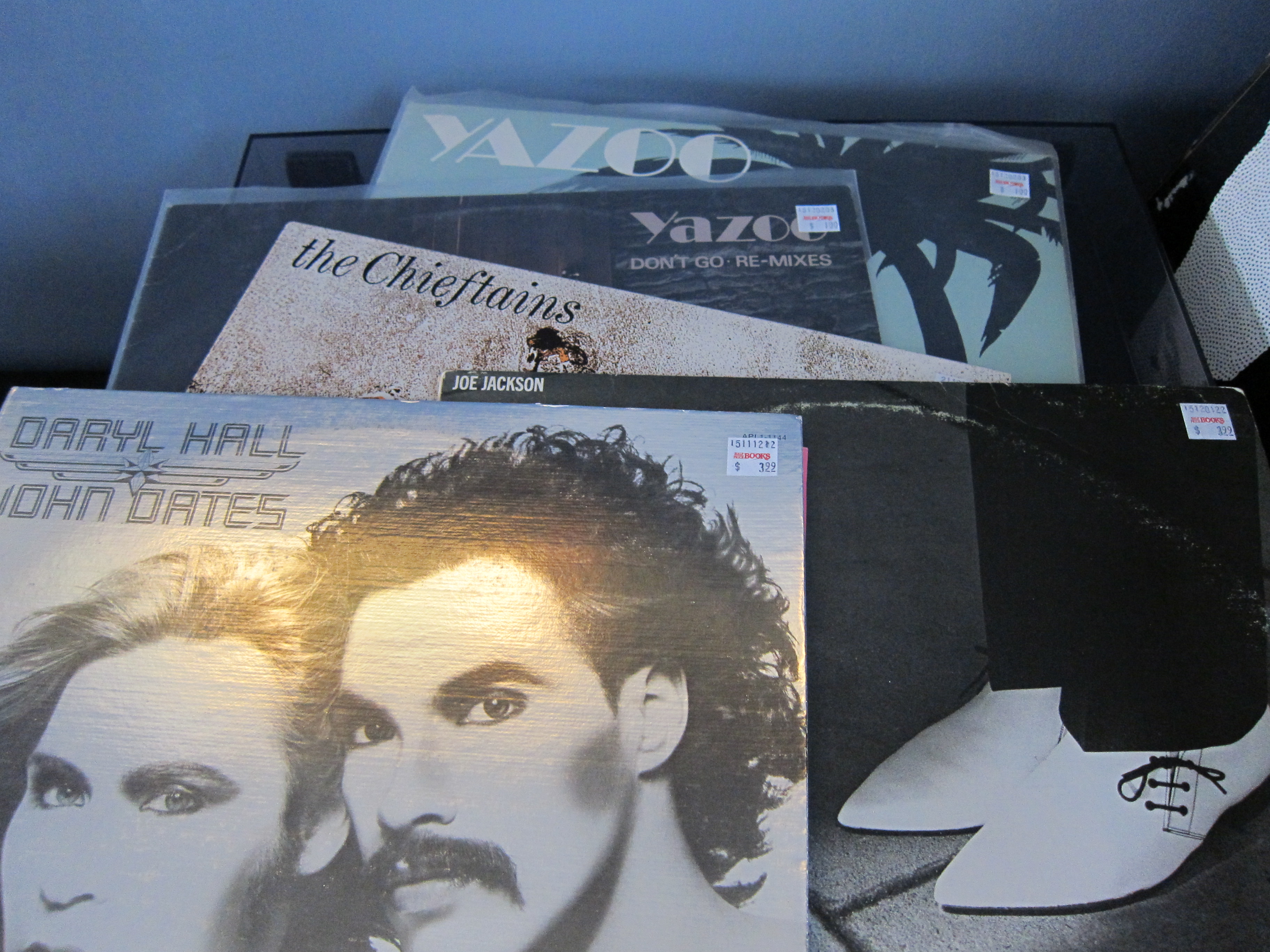 It’s been awhile since I posted some writing dedicated to vinyl.  I though an easy way would be to start posting the results from my shopping trips. I rarely shop with any agenda; I just see what shows up. Last weekend I got sent on a solo Home Depot trip which meant that I can browse the racks at Half Price Books without a small whirling dervish at my feet. Two-year old daughters have a tendency to move/sort/pile anything within reach… thus my vinyl shopping trips often end when the fun of stacking 45s runs its course… usually somewhere in the M, N, O, P crates. If I have fewer records from bands in the later half of the alphabet, it’s not alpha-bias.

Solo trip. An entire ten minutes to myself. I made it through not only the entire alphabet but the Soundtracks, Jazz albums and the haphazard (non-) filing system of the $1.00 bin. I exited with the following haul: Reason #245 that I buy vinyl: Hall and Oates cleavaged and bare-chested on the insert.

It seems that “real” Hall & Oates fans dig their 70s output more than the Pop-masters they became in the 80s. Unfortunately I can’t call myself die-hard H&O but I’m a big fan of “Sara Smile” and “Out of Me, Out of You.” This album really shows off their songwriting without the bells and whistles. This is the 1982 reissue of the 1962 debut album from The Chieftans. This is so Irish traditional that it’s just not meant to be played without the smell of peat burning in a pub fireplace and a pint of the brown at hand. Is it me or has Joe Jackson been largely forgotten? Maybe I’m just not running in the right circles. Anyway… Joe Jackson’s debut album offers infectious crossover pop that holds up 30 years later. There isn’t a pinch in the lot of these tracks even though none are as famous as his biggest hit “Steppin’ Out.” Hints of jazz, blues, swing, new wave blend together seamlessly. And this particular copy has that disc imprint on the front cover. Love it. Side-A offers an inspired, extended Re-Mix of “Don’t Go” and the B-side contains the no-frills slow-burner “Winter Kills” ripped straight from Upstairs at Eric’s. So thumbs up for the remix but I could have hoped for something festive on the flipside. Yet another fantastic thing about vinyl… at these secondhand stores, it’s common for a customer to have traded in entire collections of goodies. In this instance, someone clearly sold Half Price their entire Yazoo collection. Yay for me. I have all the Yaz/Yazoo albums but finding these vinyl singles always makes me feel like I’ve found treasure. Anyway, the “Dub Version” on the B-Side had my daughter doing all sorts of inhuman gyrations so it definitely gets both of our seals of approval. I know. I know. But how could I resist? This album contains some great ELO… also some really heinous honey drizzle sap. Go ahead. I dare you to argue that this isn’t essential vinyl. The much-maligned Quarterflash is not without merit. Yeah, I admit it. I like the Q-Flash. And in my favorite room at turntable.fm (shout out to the Alt-80s/New Wavers) the Quarterflash takes more abuse than any artist other than the Grandmaster of the 80s  – Kenny Loggins. (Poor Loggins.) Sure, maybe they were a Pat Benatar rip off. And sure, maybe they were intermittently cheesy and intolerable but Rindy Ross sure promoted wildly Safe Sax. Everyone remembers “Harden My Heart” but dig a little deeper on really their only memorable record and you’ll be rewarded with a few shining nuggets of nostalgia you might have forgotten. 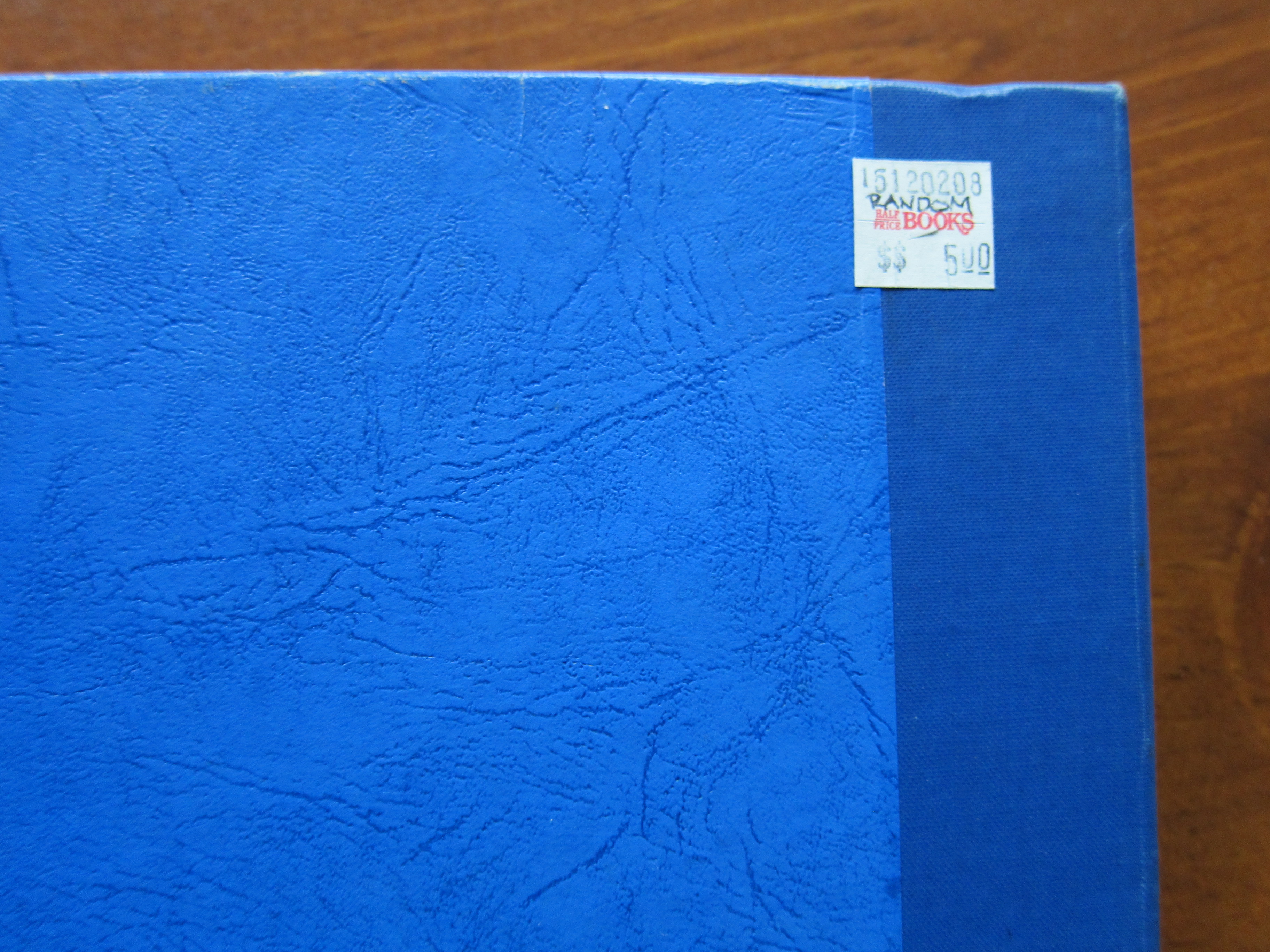