I’d intended to start this series from the beginning of the year. I wanted to highlight the films that ranked #1 at the Box Office in 1987 and then a lesser seen movie that maybe you’d missed. But here we are. It’s almost March and I’m staring at my first blinking cursor. 1987 was a hugely formative year for me. I turned 9 in 1987 and I don’t know if you remember what it’s like to be 9… or maybe your experience differed wildly from mine… but in 1987 I completed my transformation into a cinema sponge.

My early love of film had just kicked in. I began spending substantial amounts of time browsing the racks at my local video store in Marcellus, MI while my grandmother or my mom idled patiently in the new release section. I had few limitations about what I could or could not watch. The only deterrent to watching an R-rated film was the conversation my mom would inevitable have with me about how we “don’t use those kinds of words,” despite the fact that my dad used those specific and colorful words quite frequently. (To be fair, she put an asterisk on those asides as well.)

As you may have noticed, the 1980’s are pure nostalgia for me. I’ve been neglecting that nostalgia lately, distracted by this, that and the other. A couple of weeks ago, I began plotting a personal retrospective of films from 1987 for their 30th anniversary. I have “Underrated” obligations for rupertpupkinspeaks.com and goddammit I just love the wise and wonderful cinema of the 80’s. I don’t necessarily need an excuse to watch 80’s movies, but I’ll gladly take it when the opportunity arises.

Enough about that. Let’s hop in the wayback machine. Set your dial to the week of February 23rd, 1987, when the #1 movie at the box office was… Since we’re joining 1987 in medias res, let’s recap. Platoon marks only the third #1 film of the year, following hot on the tails of the oft forgotten Richard Pryor dramedy Critical Condition and Eddie Murphy’s The Golden Child. Now, you may have already interjected: “But but but Platoon was released in 1986!” And you’d be right. Oliver Stone dispatched Platoon seven weeks earlier on a limited release to qualify for Oscar season. Once the film went wide on February 1st, it remained there until March 1st. This week represents its final week in the top slot.

Roger Ebert’s opened his 4-star review of Platoon with the following statement:

It was Francois Truffaut who said that it’s not possible to make an anti-war movie, because all war movies, with their energy and sense of adventure, end up making combat look like fun. If Truffaut had lived to see Platoon the best film of 1986, he might have wanted to modify his opinion.

Platoon would, as we likely remember, go on to win the Academy Awards for best picture and best director. AFI placed the film at #83 and #86 on its two 100 Years… 100 Films lists. I remember watching Platoon for the first time later that year, and I can’t recall if it was my first experience with a film about Vietnam. It was certainly the first that logged any lasting memory. I wouldn’t watch Apocalypse Now until I was well into my teens. The spectacle and brutality stayed with me. I didn’t revisit Platoon until my college film course on the politics of Oliver Stone and Steven Spielberg — and even then is was a course requirement. I didn’t choose to watch Platoon again. Out of all of Stone’s films in my opinion, two stand head and shoulders above the rest. Salvador and Platoon. I never felt a kinship with Platoon — it was too brutal, too amorphous. The film’s branching, episodic construct conveyed the uncertain experience of Vietnam. Many books written by soldiers in the war share a similar fractured construct. My recommendation: read Dispatches by Michael Herr and Tim O’Brien’s The Things They Carried. Both of these informed and expanded my understanding of the Vietnam War and helped me come to terms with the world presented by Oliver Stone.

It’s natural to place Platoon up next to Born on the Fourth of July as Stone’s companion pieces on the Vietnam experience — (plus with Heaven & Earth, the three form a trilogy, but I don’t have memory enough to provide a relevant discussion of the latter). There’s a natural give and take between the two films, but I find that Fourth of July loses impact due to melodramatic artifice. John Williams’ score hammers home quiet moments with so much pomp and bluster that it’s hard to get too close to Tom Cruise’s Ron Kovic. Platoon, however, uses the tools of cinema to bring us further into the troubled minds and souls of the unfortunate humans forced to serve a politicians war for uncertain gain. Willem’ Dafoe’s famous image — kneeling, arms thrust to the heavens — feels innately cinematic. The posture feels as old as cinema itself. Consider the parodies and instant recognition — a crane shot looking down over a man in the rain, soaked to the bone, his arms raised. Cinematic shorthand for agony… or perhaps renewed spirit. The spectrum between The Shawshank Redemption and Platoon. Stone took this image directly from a famous photograph of soldiers in Vietnam.

Stone wanted to translate these images to screen. To convey the real life horror and the ways, in fact, these soldiers could not cope. These are not great men, and Platoon depicts an entire convoy of supremely damaged humans. Villains in just about any other traditional narrative. Charlie Sheen plays our protagonist, but even that in name only. He’s a solider, not unlike the rest. He merely acts before he loses his humanity.

Platoon remains essential, arguably the most essential and timeless film Stone has made. The Sheen DNA notwitshanding, the film also owes a great debt to Apocalypse Now. The way the two use classical music to transcend the individual, fleeting moment to moment gruntwork and jungle humping. Drug-fueled imagery. The specter of mental illness that haunts these characters.

If Apocalypse Now is the most perfect, stylized version of Vietnam put on film, Platoon is the more grounded, more dire sibling, missing many of the moments of poignant, comic relief that Coppola sprinkles through his masterpiece.

B-Side Recommendation for this week in 1987: Here’s my reprieve from the rigors of male on male violence. Placing fifth at the box office this week in 1987 — Black Widow, starring Debra Winger and Theresa Russell, featured a 120-minute cat-and-mouse thriller between a female cop and a female killer. Rather a rarity in 1987… or really any year. Though the film features a few notable male co-stars in minor supporting roles such as Dennis Hopper and Nicol Williamson, Black Widow focuses entirely on a detective’s (Winger) hunt for a killer (Russell) who marries her victims, takes their money and manages a clean getaway.

The script by Ronald Bass rather deftly re-orients a traditional heterosexual thriller narrative. Cop hunts killer. Cop gets too close, falls for killer. Black Widow becomes more interesting merely because of the cop gender swap. Our “plain Jane” detective must enter the killer’s world in order to find proof of her guilt. She must shed her dowdy street clothes to become part of the rich and lovely and fabulous. As she inserts herself into the Black Widow’s world, she begins to enjoy her false identity. She also finds herself infatuated with Theresa Russell’s killer. There’s a clear, unspoken sexual attraction, highlighted in a scuba diving class in which the two practice mouth-to-mouth resuscitation.

That said, this could have even better with a different director, perhaps. One suited to bringing forth the subtleties in a story about two mirror-image women. Rafelson’s a capable helmer, but in terms of conveying the female perspective Man Trouble and The Postman Always Rings Twice stand as his most relevant filmographic entries. Still, the Winger/Russell tete-a-tete makes this essential 80’s viewing… two excellent actresses at the height of their powers owning a film that’s now largely forgotten. And if that’s not your cup of tea, you can always revisit Andrew McCarthy in Mannequin. And as I’ll do with every one of these time capsule posts, I’ll leave you with the #1 song on the charts for this week in 1987. 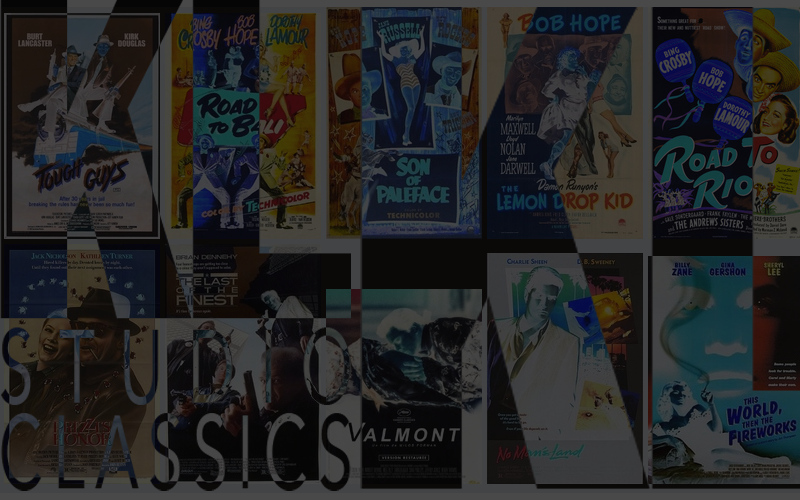 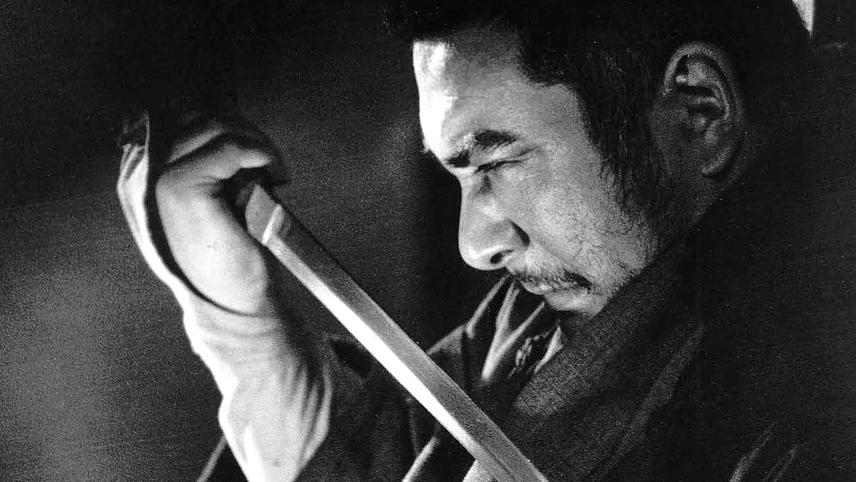 Cinema So Zatoichi is kinda like James Bond, except blind…
1