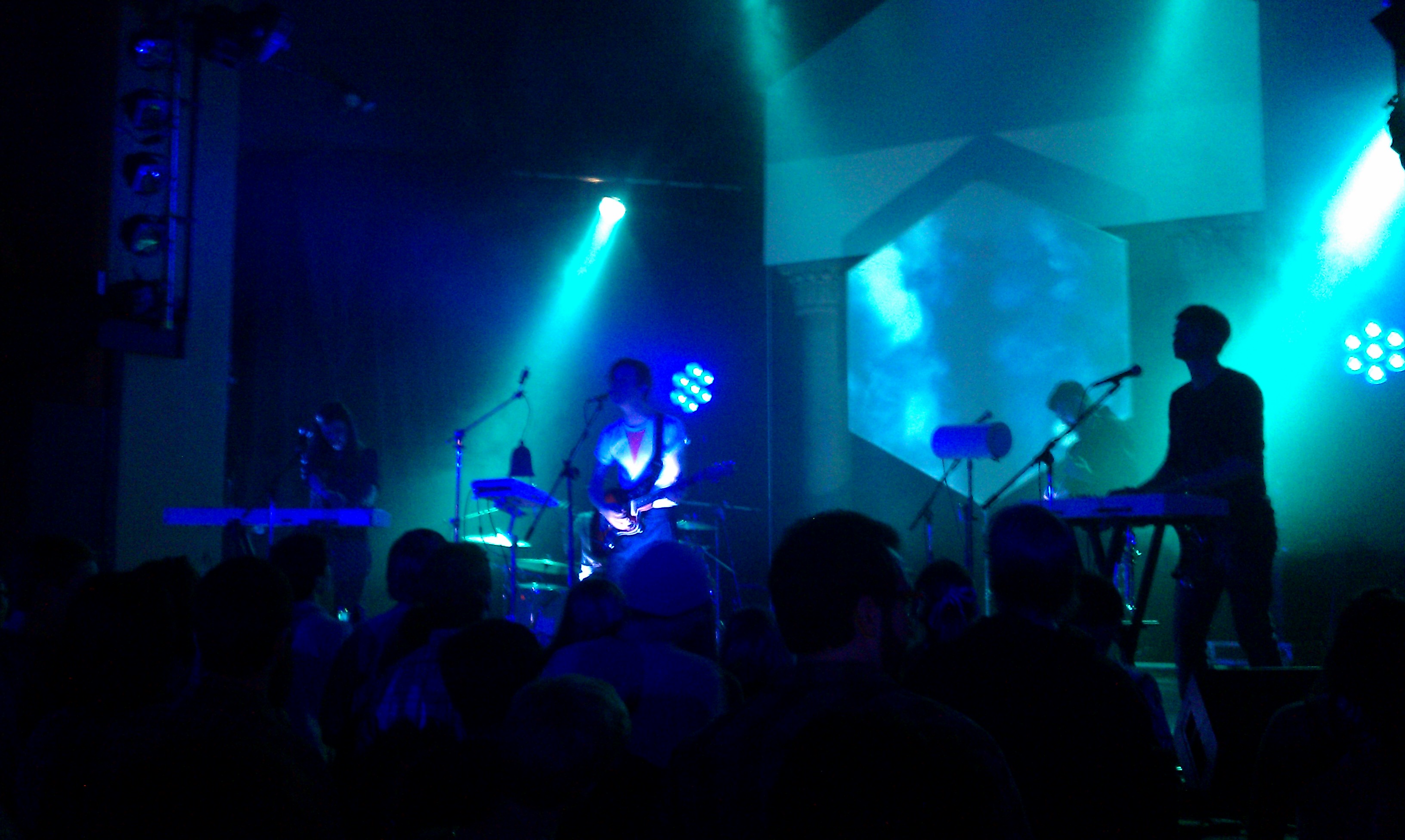 Why isn’t Fanfarlo a bigger deal? They play a brand indie-pop of reminiscent of early Arcade Fire,  Talking Heads with some Beirut-style horns mixed in for good measure. I understand the criticisms leveled at them for being derivative. Sure, we all want something new, something thrilling because it’s never been done before. But at the same time, I’ve got to level with you– it’s all already been done in some form or another. To be overly brief, all art is derivative. Even the first cave paintings were inspired by real life; Death of  a Salesman didn’t just spontaneously appear in the mind of Australopithecus. Why then are some critics so offended by similarly sounding music? Fanfarlo is the first modern band I’ve heard that has really nailed the mid-tempo Talking Heads groove. Most bands sound bored or restrained when dealing with that middling pace, but Fanfarlo legitimately understands what made the Heads such a pleasure. There’s something called the Pleasure Principle. We seek pleasure in order to avoid that which might harm us. It’s in our very nature to feel comfortable with familiar music in the same way we’re going to avoid jumping out of a three-story building, just to see what happens. Fanfarlo won’t be knocking on the pearly Pitchfork gates anytime soon but they’re a tight-sounding quintet that has a lot of fun playing music. So in short: Arcade Fire? Good. Talking Heads? Good. Beirut? Good. Joey Tribiani’s Trifle Logic proves true. Fanfarlo. Good. See below for reference.

I’d love to tell you more about Gardens & Villas live set but quite frankly I missed the entire thing because I had to get my daughter to bed. The my wife is 9-months pregnant and largely incapable of dealing with a highly-energized (nearly three year old) daughter. So it goes. I bought their solid 2011 debut album on vinyl to make peace.

Fronted by the Swedish Simon Balthazar, Fanfarlo started minimal, opening with a personal favorite track and the first song on their latest album Rooms Filled With Light: “Replicate.” Thanks to Youtube user pghmusicreport for uploading video from this show.

The sparse orchestration of the track allows for a cross-section of the sound. Isolated violin. Keyboard. Bass. A couple of songs in, Simon finally began some chatter and mistakenly suggested it was the band’s first trip to Pittsburgh. He was immediately corrected by Cathy (violin, keyboard, vocals) and his drummer Amos who pointed out someone in the front row who had done some drawings of them at that prior show at the Brillobox. Quick wit, from a drummer. I texted my wife to tell her about the drummer with the quick wit. She didn’t believe me.

The band played tight but chatted loosely. Later in the show Cathy again corrected Simon who had incorrectly pronounced the name of the opening act (Vill-ahs rather than the correct Spanish pronunciation Vee-yas). And they had another good laugh at Simon’s expense. Amos later apologized for taking the last small white Fanfarlo T-shirt from the swag booth. Bassist Justin Finch praised some sing-a-longers (specifically the tall guy in the black hoodie) who knew all the words to their songs and then (without pointing fingers) chided those that sang-a-long but didn’t know the words (“It’s actually quite distracting and you should study up before next show.”) All in good fun. I prattle on about their stage prattle because it’s part and parcel with a band that’s up there having fun with their music even though the actual performance goes pretty strictly by the book. There was very little deviation from the recorded versions of the songs. I wouldn’t expect new-ish bands to do much free-styling.  Simon, however, seemed to cut loose a little bit on “Harold T. Wilkins” — the standout track from their 2009 debut. Video again courtesy of pghmusicreport.

So maybe they’re not the most original or the most innovative band. They’re comfort food for the ears and an inherently likeable UK-based quintet that spins carefully orchestrated indie-pop . In these days when a single Pitchfork review can mobilize entire legions of potential fans and bloggers in either direction, it’s a shame that Pitchfork review unfairly labeled Rooms Filled With Light a waste of time. I doubt I have the pull to override even a fraction of the negativity but I’m going to do my best. Listen to Fanfarlo. Support the tour. And learn your lyrics.