As far as I can tell, Days of Thunder was only the second NASCAR game released for home consoles after Richard Petty’s Talladega (C64) in 1985. Without having played Talladega, I’ve got to believe this was at least a naturally progressive step forward in the genre as the cars in the former title appear to be squashed turtles on a remedial mini-golf course. Opening in June of 1990, Tony Scott’s Days of Thunder grossed $82million at the domestic box office, good enough for 13th place that year. Sandwiched between Presumed Innocent and Another 48 Hrs, the film performed modestly and was considered a relative failure… yet left a lasting impression of pre-pubescent boys everywhere. Most contemporary reviews reduced Days of Thunder to a Top Gun rehash, calling it “Top Gun on wheels” or similar. This owes, of course, to the film’s primary characteristic as a “Tom Cruise picture” which by 1990 had become a genre all of its own.

If I had to describe the “Tom Cruise picture” I’d break it down to a few basic components: a good-hearted but unbroken and rambunctious protagonist comes under the guidance of an elder mentor and must overcome an ersatz villain or false obstacles in order to test his mettle in a real-world scenario. See: Cocktail, The Color of Money, Top Gun. Also, someone probably dies.

While there’s plenty to criticize in Days of Thunder (dialogue, regurgitated narrative, stock characters), there’s also a lot of fun to be had… with a few concessions. Even in 1990, Days of Thunder felt like a silly bit of Hollywood fluff. Time has not improved that perception; it has, however, given us time to better appreciate the silly bits of Hollywood fluff that the industry churned out during the latter part of the 1980’s and early 1990’s. These years represented the beginning of the star-vehicle decline and the last years that mid-budget action films retained a large segment of the box office. By 2000, studios had readjusted their focus to tent-pole blockbusters. Looking back, I harbor much nostalgia for this era of filmmaking — a time when films aimed to entertain without exceptionally lofty aspirations toward global omnipresence. I’d argue (perhaps futilely) that this style of filmmaking most closely resembles the 1930’s and 40’s, when Hollywood groomed star personas and often traded in face-value entertainment.

Days of Thunder subscribes to that variety of flash and glam spectacle led by the dictionary definition of a movie star in his prime. The romanticized roar of the engine. Sun glistening off freshly-painted automobiles. Narrative reduced to the fire of competitive spirit. Great fun — if you approach the film with the right mindset.

Looking to find defenses of the film across the web, I stumbled upon this blurb from none other than Quentin Tarantino:

Yeah, yeah, you laugh but seriously I’m a big fan. To me Days of Thunder is the movie Grand Prix and Le Mans should have been. Sure, it had a big budget, big stars and a big director in Tony Scott, but it had the fun of those early AIP movies. I just don’t think it works if you take the whole thing too seriously.

Like the film, you, the inexperienced Cole Trickle, have been hired to drive the #46 City Chevrolet. Victory means winning the Winston Cup over your closest rivals Russ Wheeler and Rowdy Burns. Failure means therapy for sad Cole Trickle.

Remember when in the Top Gun video game adaptation when you repeatedly failed to land your F16 on the aircraft carrier? It’s a lot like that. In Days of Thunder you can pit improperly which results in a total fly by. Meanwhile you’re screaming at blocky collection of pixels to fill your gas tank or light themselves on fire. It’s a totally healthy mindset. Once I figured out how to pit, I had a little bit of fun with this. And by “little,” I mean I didn’t throw the game through the stone blocks in my basement. Take that for what you will.

Pitting involves slamming on the breaks and holding B when you see the “PITS” sign, which abruptly appears along the stretch. Without a quick Google search I could not have figured this out. Even with this information, however, the first few times were complete misfires.

At last you arrive in the pit and now you must control the pit crew. Again with no idea what’s going on, you and the pit crew will just sit there shrugging. You have to jack the car up by pressing B. BUT WAIT! You have to have the correct crew member selected otherwise nothing happens. Once you get the car jacked up, you have to select the next guy to fix the tire. But don’t make him fix the tire too hard or he’ll put the bad tire back on again. Beat yourself with the tire iron, buddy. Once that side’s done you have to take your jack guy all the way around to the other side of the car to repeat the process. Because you have to control every action, pitting feels like half of the entire game. Eventually you’re back on the track.

Hit 3 o’clock on your tachometer and let your car purr, avoiding walls and other cars. God forbid you should actually bump another car because then your engine will break and you’ll have to pit again. I managed to survive Daytona Beach and advance to the second track, Atlanta, after about an hour of play time. By the time I reached Atlanta I’d lost all patience for turning left and yelling at my pit crew to do more than one job at a time so I gladly removed the Days of Thunder cartridge and moved on with my day.

When I recorded this video, I decided I wanted it to end sooner rather than later because the only thing more boring than playing a driving game that involves endless loops is watching someone playing a driving game with endless loops. I ended the suffering by not pitting so you can all witness sad Cole Trickle in real time. I also subbed in the original score for the 8-bit bleeps and bloops. You’re welcome.

This game is hard. Beginners won’t likely make it out of Daytona. After a couple of failed pitstops, they’ll rip the game out of the console and never look back. Once you figure out the tachometer and acceleration mechanics and the pitting issue you’ll have a chance to finish a race. Not win — just finish. You’ll still try four more times after that, Your reward? A bigger track with twice as many laps and a slightly different color palette. UGH. (Did I mention that there’s a “glitch” in the game that makes it impossible to win one race? I’m not even joking.) Most likely you’ll see that aforementioned screen featuring sad panda Cole Trickle over and over and over and over: Days of Thunder (NES) does add the mystique of a season-long simulated battle for the cup. It’s limited, of course, by the lack of the NES to save progress. Remember the Castlevania codes to return to an in-progress game? Junior cryptography training. The illusion of organic storytelling within the NASCAR season has its charms — except that you’ve likely seen the movie and know how this is all “supposed” to play out and goddammit the Tom Cruise charisma can’t be rendered in 8-bits.

The Modern and Wisened 30Hz Judgment:

Modern gamers would have no patience for this nonsense. in 2011 an updated version of the game appeared on the Playstation 3 and Xbox360 consoles. Critics said the game lacked any attention to real world detail or driving physics. At least you didn’t spent half the game in the pit. Developers still fell back on 21-year-old film branding to gloss over half-baked driving mechanics as if kids were still clamoring to experience the Cole Trickle shenanigans in pixellated form.

While the original Days of Thunder game does employ the brand to some advantage, this could have been a NASCAR simulation about any old Trickle — be it Dick or Cole. The fact is that old driving simulations don’t hold up (unless thy name is Gran Turismo) and this one was never any good to begin with. After 60-70 minutes of overall time spent with Days of Thunder, I was more than happy to put this cartridge back into the bin for misfit games and look forward to my next Licenced to Kill Challenge.

In the meantime, I might revisit some R.C. Pro Am or Rad Racer — NES racing games that, you know, don’t require you to STOP RACING after every four laps for a two-minute pit stop.

Give the Days of Thunder movie another chance with a modern, fresh perspective, but the game’s the pits. Licensed to Kill returns in a couple of weeks when I once again consider the merits of a game that should have been forgotten. For each LICENSED TO KILL column, I’ll play another licensed game and revisit the corresponding film or source material. I’ll play the game for a minimum of an hour — no matter how excruciating that experience might be. You vote on the titles I play. I suffer the consequences. 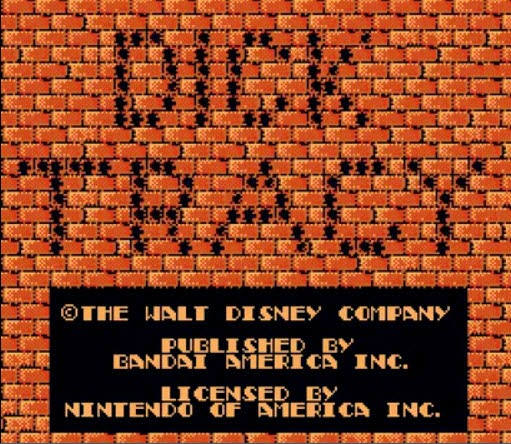 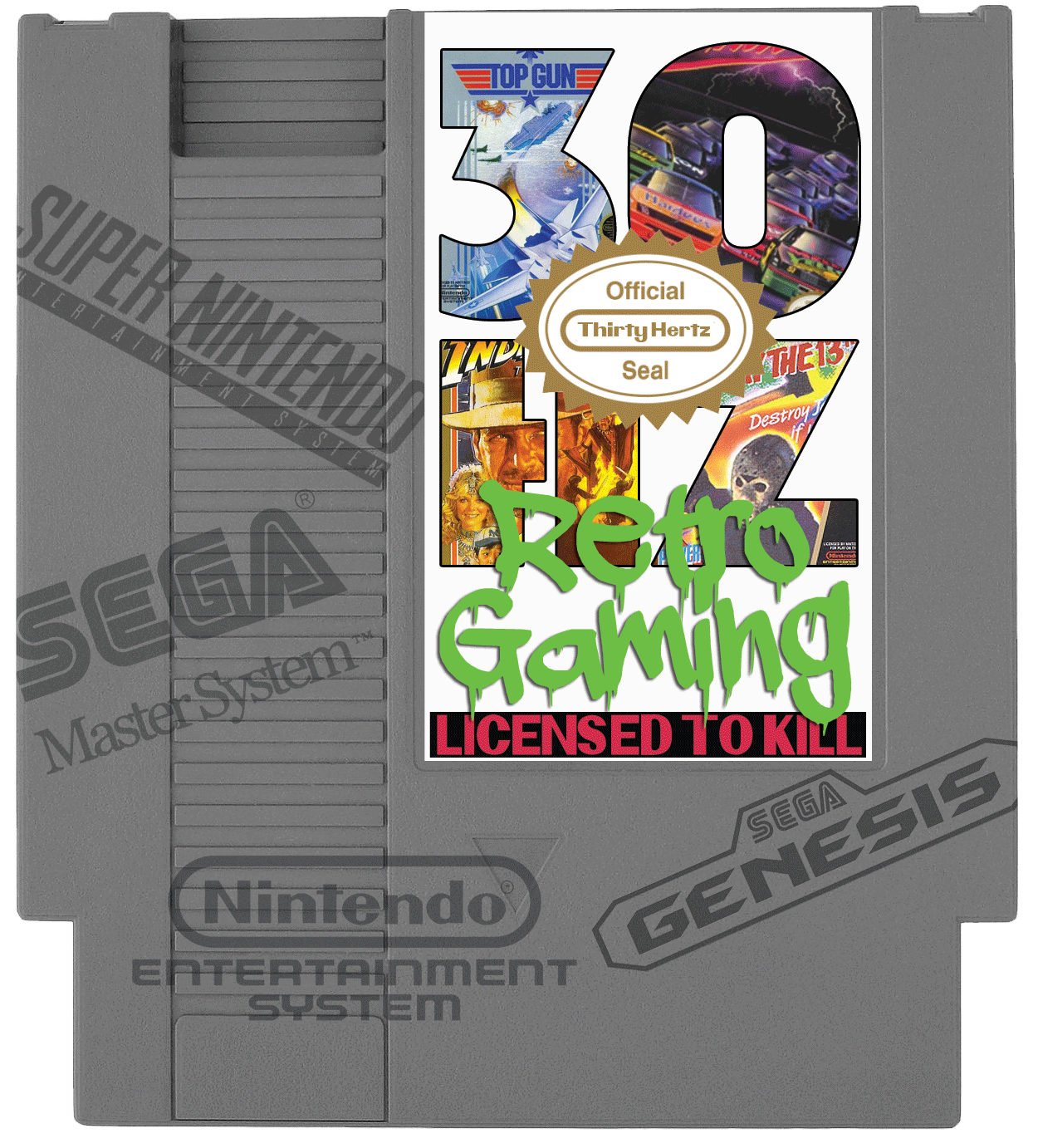