After posting my first list of “Cocaine Noir” titles, I had a few requests for more underheralded thrillers from the 80’s and early 90’s. I threw together another quick lists of favorites that didn’t quite make the original cut – the Cocaine Noir B-Sides. These may not be quite as good as the original six, but they’ll deliver high that’s almost as satisfying. “The first thing they shoulda told you at your hooker classes is that you shouldn’t ask the client so many fucking personal questions.”

Miami Blues doesn’t care about character “likability” or “narrative drive.” What it cares about is giving Alec Baldwin a bad 90’s haircut and a playground for crazy. Baldwin plays Frederick Frenger, Jr. Newly released from prison, Junior kills a Hare Krishna by breaking his finger off. No explanation necessary, right? Clearly he’s a bad mutha if he can kill a guy by breaking his finger off. He promptly checks into a hotel and falls in love-ish with a prostitute/college student with the heart of a cat lady (Jennifer Jason Leigh). When Sgt. Hoke Mosely (Fred Ward clad in a cacophonous array of floral Hawaiian prints) comes to ask him a few questions, Junior takes copious notes about the detective’s procedure. He then beats up Sgt. Mosely, steals his badge and goes on a crime spree, all the while pretending to be a cop. The sociopathic Robin Hood act carries him only so far before the Sgt. Mosely tracks him down and the altruistic hooker/cat lady grows suspicious of his activities outside their new abode.

With all the crazy headlines of individual lunatics coming out of Florida, Miami Blues feeds right into the theory that Floridians are batshit crazy.

Exhibit B: Everyone that believes Junior’s a cop in a pink suit jacket and plaid pastel pants.

Miami Blues is about enjoying the performances of the lead actors and looking back at the decade of Miami Vice with fondness but also a bit of skepticism. Alec Baldwin flashes crazy eyes every time he slips into cop mode. Scruffy Fred Ward does a fine revisionist combination of Sonny Crockett and Ricardo Tubbs. Jennifer Jason Leigh overdoes understatement.

What it lacks in thrills it makes up for in pulpy fun. Miami Blues has been a guilty pleasure for many, but now you have my permission to guilt no more. Don’t bother with the non-anamorphic DVD that’s currently available. A new Blu-ray is on the way courtesy of Kino Lorber early in 2015. Fred Ward’s shirts will finally pop on home video the way they were originally intended. “I envy you. Convenient memory is a gift from God.”

Director Paul Schrader (Cat People) spends so much trying to convince you that Light Sleeper isn’t a traditional thriller that you’ll forget that what you’re watching is supposed to be… well… thrilling. This turns out to be a good thing. Really. When Light Sleeper finally shifts into the final act, the slow build rewards amply.

Willem Dafoe plays creepy better than anyone, but what happens when Dafoe’s character, a drug dealer looking for a way out, comes off as the sane one? The one spouting philosophy and stalking his ex-wife like a lost puppy. The one searching for meaning and acceptance. Susan Sarandon and David Clennon (The Thing, The Couch Trip) run a drug operation with Dafoe as their decreasingly trusted go between. Elsewhere someone’s murdering women in apparent drug-related situations.

Light Sleeper is a straight-up modern take on a classic film noir. Everybody talks in coded phrases and keeps their cards close to their chest. Schrader directs this film with predictable confidence – the man was nothing if not over-confident in his stylistic choices. Here that confidence allows him to dabble with the noir form while remaining grounded in a very human story. Meanwhile our preconceptions, aided by 22 years of extra perspective on the careers of Dafoe, Susan Sarandon, Dana Delaney (the ex-wife), redirect and shape our expectations.

Schrader couldn’t have known how this film would improve with age. Chalk it up to happy accidents. What Schrader did, however, was create tension through character rather than unexpected twists or hyper-violence. This film would have played nicely alongside the noirs of the late 40’s and early 50’s, when filmmakers began experimenting with the genre. Toss in Joseph Cotton, Ava Gardner and Jane Greer and you’ve got yourself a classic noir humdinger. I’m sorry if you’re too young (or weren’t paying attention) to remember the days (day?) when Tom Berenger was a bona fide Hollywood leading man. Scarred inside and out, the late-80’s Tom Berenger brooded like none other. In the 90’s I guess we all grew too jaded to buy into Tom Berenger. We banished him to direct-to-video purgatory, tossing aside his greatest achievements as an unfortunate product of the times. NO MORE! Let’s bring the Berenger back. Let’s celebrate the man, the myth, and the way Hollywood cast Tom Berenger as shorthand for “this dude’s got issues.”

Blue-collar Detective Mike Keegan falls for upper crust Claire, the murder witness (an excellent Mimi Rogers) he’s been assigned to protect until the trial. The accused is the powerful mobster Joey Venza. As Venza’s threat of violence spirals ever closer to Claire’s marble palace, Mike and Claire become more entangled through their shared fear. Naturally, this relationship with a beautiful, rich and altogether pleasant woman throws Mike’s modest home life into conflict.

Scott’s direction and the quality of the supporting cast boost this one above your average B-grade thriller. Lorraine Bracco plays the estranged wife with profanity-laced hyperbole. She’s no wilting housewife. Their relationship feels real, messy and honest. Jerry Orbach stops by to preview his role in Law and Order, and the notorious Joey Venza is played by the menacing character actor Andreas Katsulas. You’ll recognize Katsulas as Sykes, the one-armed man from The Fugitive.

You’ll watch this feeling like you’ve seen it somewhere before, perhaps ten somewheres before—but as the movie plays out, you’ll be hooked, hanging on until that inevitable final confrontation. Plus you get one of those great 80’s/90’s moments where the credits roll over a long shot of surviving heroes, an ambulance, and a gathering crowd. No movie might be more unapologetically 1980’s than Masquerade. It’s a Mad Libs of the “Me Decade” (but not the “Me Decade” as coined by Tom Wolfe because that was the 1970’s…. but that all seems rather supercilious considering how modern social media has created an entire culture focused on the “Me” that dwarfs the “Me-ness” of the 1970’s or 80’s). But I digress. Back to Mad-Libs.

Actor. Rob Lowe. Car. Ferrari. Sport. Yachting. This one comes with a slight caveat, much like Heaven’s Prisoners in my last group of Cocaine Noir recommendations. Masquerade is not an especially good movie, but is a delectable little snuffbox of a thriller and a time capsule of a (regrettably?) bygone era.

Few actors directly recall the 1980’s more than Rob Lowe. The hair, the perfect charm, the dial that switches between cheese, charmer and slimeball at the blink of an eye. Multiply Rob Low with Yacht racing. The boat shoes, the popped collars, the feverishly whipped hair from the ocean breezes. When it comes to the most mocked and maligned activities of the rich and famous, yacht racing rises right to the top. It just so happens that yacht racing features prominently in Masquerade. Even better – Rob Lowe is a renowned yacht-racing prodigy.

But now about the ladies of Masquerade. First there’s Kim Cattrall. Gratuitous Kim Cattral in an 80’s movie means various states of unnecessary undress. And then there’s Meg Tilly. For a flickering moment in time, Meg Tilly (Jennifer’s younger sister) was an It-Girl of the 1980’s. As a dancer, she made a name for herself in Fame (1980) and then as an actress in The Big Chill (1983) after a bout of fragility undermined her dancing career. You mostly likely don’t recall her Supporting Actress Oscar nomination for Agnes of God (1985) or that she was cast (and then replaced due to a broken ankle during rehearsals) as Mozart’s wife in Milos Forman’s Amadeus (1984). As Tilly began appearing in lesser-received productions her career dissolved and the talented actress abruptly disappeared in 1995. Lucky for us, she paused to star in this trashy little Hollywood B-picture.

Shy little rich girl with step-daddy issues (John Glover!) falls madly in love with Lowe’s bad boy yacht captain, much to the chagrin of an old flame (now local cop) who thinks she deserves better. As it turns out, of course, everyone’s conning everyone else to get a piece of Meg Tilly and her trust fund. As double crosses turn into triple crosses, Masquerade flies off the handle and into the realm of delirious prime time soap material. Writer Dick Wolf went on to become writer/producer of Law & Order in all of its various incarnations, so this makes perfect sense.

When I first watched Masquerade I didn’t think much about it. A fun but transient piece of fluff. It was a serviceable film with a few nice twists. For days after, however, I keep returning to its absurdities, the eccentricities beholden only to a thriller of a certain decade with a certain aesthetic – the je ne sais quoi that makes “Cocaine Noir” so damn enjoyable. 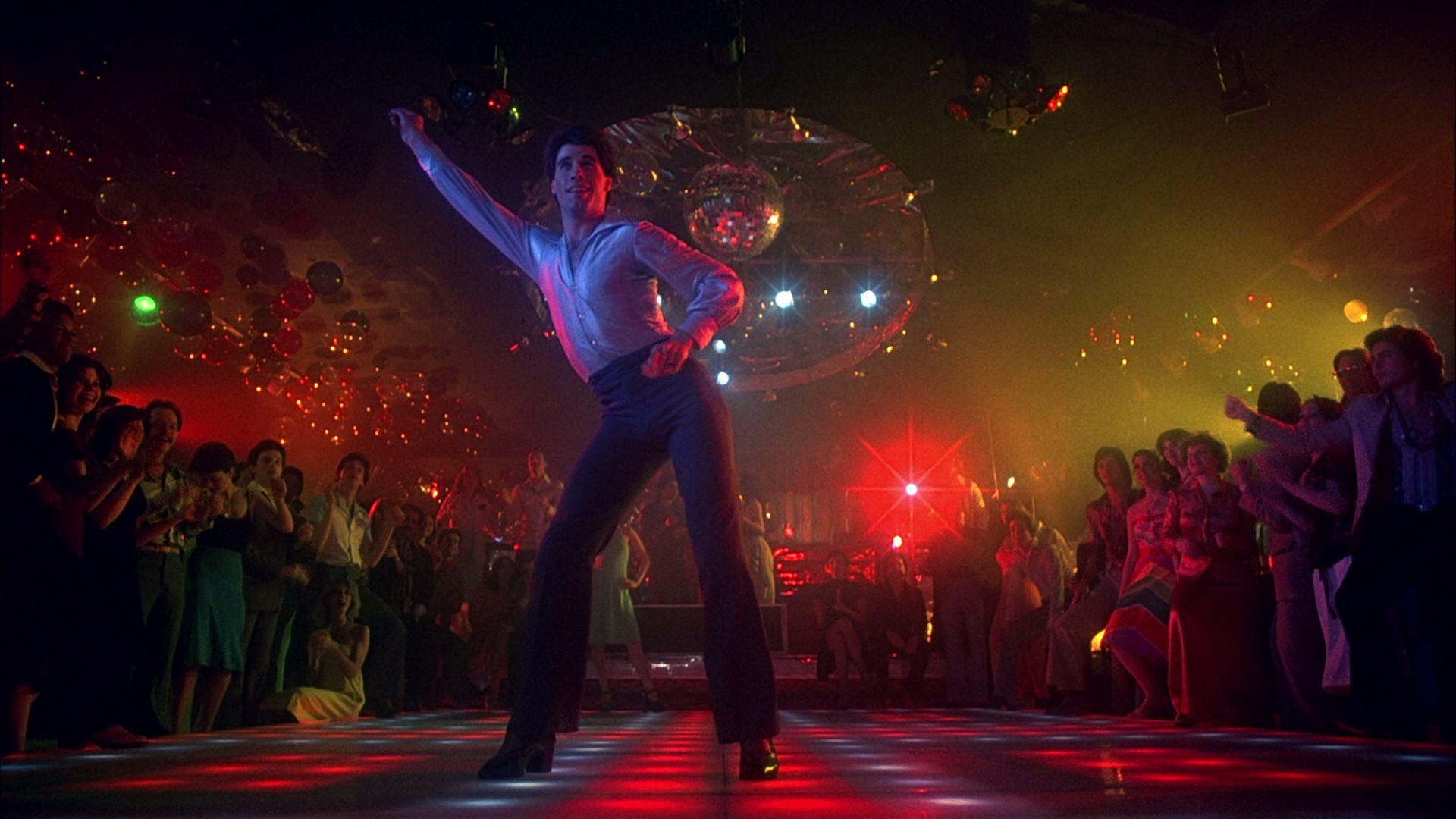