How many times will the Grandmaster of the 80’s appear on the countdown?

A) accompany a memorable scene from an 80’s movie;

B) contain contemporary ’80’s music — either reconstituted (but still representing the ’80’s) or written exclusively for the film;

C) not be played only during a static credit crawl. I’ve allowed opening credit tracks (see #10 and #7) because the set up for a movie can be infinitely more influential than anything that takes place while everyone’s deciding whether or not to take their leftover popcorn home with them.

I wanted to include Iggy Pop’s opening credits from Repo Man here to be “edgy.” I just couldn’t shake the Griswolds though. “Holiday Road” is such a recognizable stalwart of the 80’s soundtrack pantheon that I couldn’t deny Lindsey Buckingham the credit he deserves. He certainly doesn’t get enough love for being a vital cog in Fleetwood Mac (damn you Stevie Nicks for stealing his thunder). I’m sure a mention in this rumble will certainly put his confidence over the top. Opening credits? Sure. But as far as  I can recall this song plays through every second of the entire movie.

Song: The Power of Love by Huey Lewis and the News

The Power of Love appears early in Back to the Future when Marty skates to school after blowing the amps at Doc Brown’s. It then reappears, perhaps less memorably… perhaps more, here when Marty’s band, the Pinheads, audition for the Battle of the Bands and a bespectacled Huey Lewis proclaims the song to be “too darn loud.” A short scene empowered by the song’s repeated appearance in the movie and the trilogy as a whole.

Song: The Neutron Dance by the Pointer Sisters

One of my favorite opening scenes to any ’80’s movie. Axel Foley. Cigarette truck. The Pointer Sisters. Movie magic. A perfect blend of synesthesia nostalgia. Fun wiki fact: the Russian government misinterpreted the song, believing the lyrics to be about nuclear war. I’m not sure but this might also have been the first R-rated movie I ever saw. Bonus points for that. And the banana in the tailpipe. And Harold Faltermeyer’s Axel F. And Rosewood. And Taggard. I love this movie so damn much.

Dancing gopher. That’s really what this is all about. Nobody can listen to this song and not think Caddyshack and the gopher. Kenny Loggins was the Grandmaster of Ceremonies for the 1980s and this is his happy funtime anthem. Unfortunately I can’t get a clean embed to the actual movie footage. Instead here’s a fan video of the dancing gopher… since that’s really all we really want anyway.

Song: What a Feeling by Irene Cara

Regrettably I have no choice but to place this song in the countdown. Like it or not Irene Cara’s anthem is dripping, oozing with synesthesia nostalgia. This is the epitome of the concept itself. Movie and music are inextricably linked in form and memory. Still it pains me. Jennifer Beals has really aged well though, hasn’t she? The guitar solo at around 4:30 just kills me a little inside every time I hear it. I doubly cringe because now I must also think of Jennifer Lopez too. Urgh. What I would give for this song to be erased from our collective memories.

Song: Everybody Wants Some by Van Halen

I can’t really vouch for the song. On it’s own, it’s just not a very good Van Halen song. And then you have to get into the question about whether Van Halen was really a decent band rather than just a fascist conglomerate. I’m not prepared to go there. I am prepared to laud the awesomeness that is Better Off Dead. This is the best scene in Better Off Dead and it just happens to involve John Cusack doing a Dr. Frankenstein impersonation with a few pounds of raw ground chuck that turns into he and she burger patties singing Van Halen and it’s suddenly the best that Van Halen has ever sounded.

Song: Holding Out For a Hero by Bonnie Tyler

I’ll spare you another Kenny Loggins anthem. It would have been easy to pick just about any clip from Footloose and call it iconic. What moment in that movie isn’t strikingly noteworthy for one reason or another? I challenge you to find one menial, tedious moment in the whole film. Trick challenge. There isn’t one. But if we’re downplaying all the more awkward musical/drama moments, the scene that rises above all others is the Chicken Tractor Showdown. Pure teenage stupidity played for thrills and set to Bonnie Tyler?? Movie magic while the theme for Footloose just makes me think of ratty sneakers in close-up.

Song: Moving in Stereo by the Cars

We could be more subtle about the reason for this scene’s infamy, but why bother? Any male knows this as the Phoebe Cates scene. It might not be immediately obvious but there’s a song playing when she exits that pool. And whenever men of a certain age hear this song by the Cars, they’re 90% more likely to experience a spontaneous erection than, say, men of any other age. It might not fit the other criteria for true synesthesia nostalgia, but there’s true potency in those subliminal messages.

Song: In Your Eyes by Peter Gabriel

This is by far my least favorite entry in the countdown. Not because I don’t love the song… or the movie… but because I hate being predictable. There’s no way to exclude “In Your Eyes” because no 80’s movie moment is more iconic than John Cusack standing outside Ione Skye’s window with that boombox. I miss the days where it was socially acceptable to haul a 20 lb. apparatus for blasting treble-heavy tunes on your shoulder. Maybe this should be #1 but I prefer it here. In the middle. Fun fact: the original working title of the film was …Say Anything… instead of Say Anything…

Song: Cleanin’ Up the Town by the Busboys

What else did the Busboys do? I dunno. Don’t care. Their song begat the Ghostbusters into this world on their first honest paying gig. This is enough for three for four lifetimes. The best Hollywood movie of the 80’s has to have a killer 80’s soundtrack. While Ray Parker, Jr. got all the press (good and bad – shame on you for stealing Huey’s beat) the Busboys cranked out the real hit. Is it a great song? Without the movie, nobody remembers the band or this song. At the same time, what could have replaced the song? The whine of Ecto 1’s siren has become one with the jazz-fueled piano riff. (For the record, they put out a pretty decent record called Minimum Wage Rock & Roll.)

Song: Playing With the Boys by Kenny Loggins

So you wanted “Danger Zone” did you? “Danger Zone” is a great track. I’m pretty sure I’ve tested all of my car stereos by cranking it up to 11. Don’t get me wrong, I love me some “Danger Zone” but when you hear the song what scene in Top Gun comes to mind? Maybe my experience has been warped somehow but I don’t think of anything other than F-14s flying around and landing, taking off and landing like I’m at some Blue Angels festival in the glowing dusk sunlight. There’s no scene attached to the song. And yes, I know I included the song from Caddyshack because of the dancing gopher… but that’s different. That’s different because there wasn’t the greatest homoerotic beach volleyball scene in history slapped dead in the middle of the movie backed by yet another killer jam from Kenny Loggins. The man really was a god among boy scouts. 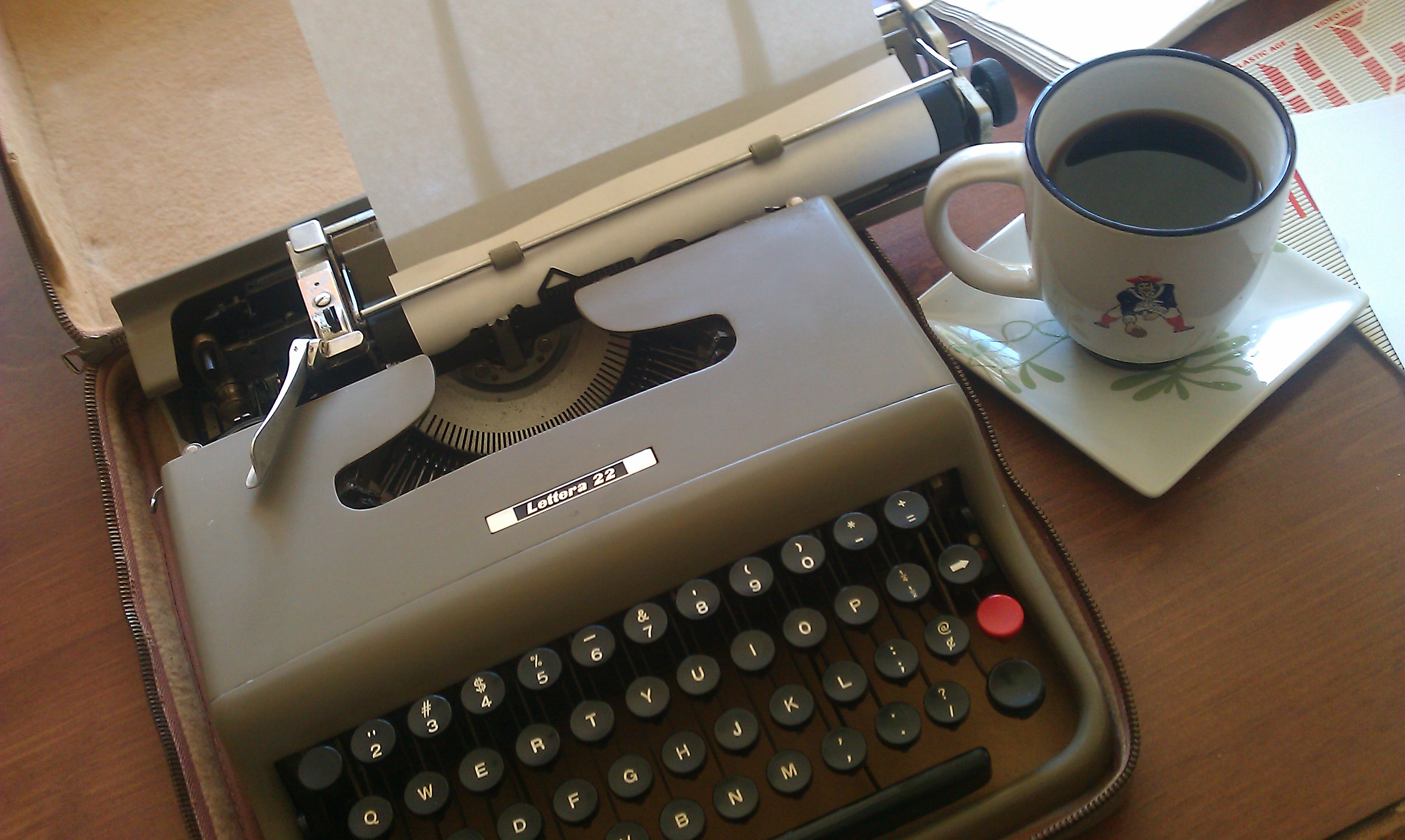 30Hz Bl-g My Olivetti and Me (The Great Typewriter Experimen…