The Next Big Thing(s) 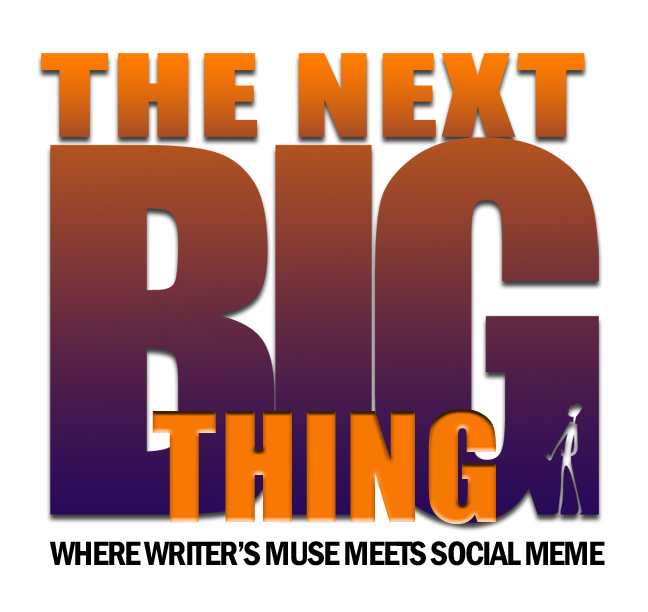 The Next Big Thing is a meme, like “Rick-Rolling” or “McKayla is not impressed.” As Malcolm Gladwell wrote, “A meme is an idea that behaves like a virus—that moves through a population, taking hold in each person it infects.” The Next Big Thing is a circle of writers answering variations on the same questions about their next writing project. Mary Harwood tagged me in her blog, Deer Apples, which is also the title of her novel in progress. In my entry, I answer questions about two of my many ongoing projects (including a novel and a 007 essay series/Twitter film festival). All of my James Bond essays will appear here on my bl-g and on Sundog Lit Mag. Feel free to share with anyone you know! Virus and all.

What is your working title of your book?
The novel in progress is called Male Secretary. Normally I like to be cagey with my titles but this one hits right at the core of the thing.

Where did the idea come from for the book?
I couldn’t get a job when I first moved to Boston. I’d been a gainfully employed copyeditor before the move. Going from full employment at a well paying job to nothing was a blow to my ego. I ended up working for a temp agency that placed me at the MIT Sloan School of Management. I was told that I was chosen because prior temps “had not lasted.” I knew that didn’t sound good, but it paid well (for a temp position) and I’d already had my share of terrible bosses. What could be so bad? I was called a “Professor’s Assistant,” but I was a secretary. And I was the only male secretary in the building and probably only one of five or six in the entire Sloan School. After only a few weeks I realized exactly why other temps and secretaries had not lasted. The job was to cater to the whims of four very different but brilliant (and often temperamental) professors. One of these professors made it his hobby to test his secretary by being intentionally, well, let’s say “candid.” I was picked for the job because my staffing contact at MIT thought my personality was strong enough to handle the cast of characters that had turned the position into a revolving door. As I told my stories about this job to friends and family, they all, unanimously, told me to write down these stories of eccentric academia. Which I did.

What genre does your book fall under?
I suppose this goes under Creative Non-fiction / memoir. My first draft fell pretty solidly on the memoir side of the fence, but I think, in order to get at some of the greater truths about gender in academia, I’m going to need to take some more creative liberties. The best part of it is that the most absurd elements of the story are 100% true.

S. is Australian, gregarious but highly intellectual. I want to say Guy Pearce, but worry the studio will overrule me and pick Hugh Jackman.

A. is tough. He’s the “difficult” professor. He’s also too smart to function and has no time for chit-chat, emailing or, really, explaining anything. Joaquin Phoenix.

Assistant Professor F.’s office hours are booked by nubile young post-grads. They laugh at his awkward jokes and pretend to understand all of the statistics spouts ad infinitum. I like Ryan Reynolds here, because we need someone to nail the attractive guy angle. But he’s got to be oblivious.

Responding to the university-wide call to hire more female professors, the department hires B., played by Rachel Weisz. She is a British flibberdigibit with a ton of nervous energy and not enough time in the day.

And now, me. At the time I was 26. Can I use John Krasinski from eight years ago? We are roughly same age. If not him, then we’d have to choose to play up the comedic insecurity angle (Michael Cera) or the out of place, over-educated writer part… perhaps Anton Yelchin, as long as he can pull off disheveled.

What is the one-sentence synopsis of your book?
An over-educated twenty-something who can’t yet manage his own life and laments his current stagnation is forced to manage the academic lives of five brilliant lunatics and come to terms with his current identity: a male secretary.

Will your book be self-published or represented by an agency? (if this applies – otherwise, make up another question to answer!)
This is the novel I hope finds representation. I’ve started but not finished other novels that never really offered much hope for broader appeal.

How long did it take you to write the first draft of your manuscript?
I wrote the first draft in a month (approximately 80,000 words) but much was already composed in notes and ideas jotted down while I was working at MIT. So that’s a little misleading. I’ve just recently come back to this after three years on the shelf. The ideas are on the page. That’s the important part. Editing is fun, right?

What other books would you compare this story to within your genre?
Uh. It’s hard to admit, but I don’t particularly like reading books of this nature. I’m not naturally drawn to them. If we’re talking about borrowing tone and pace, I’ve looked to fiction, especially books set in university. Most recently, Harbach’s The Art of Fielding inspired me in its treatment of university life. I liked the way it handled the balance of characters living under the academic umbrella.

Who or what inspired you to write this book?
Everyone who told me I wasn’t crazy… that the escapades of these professors really were insane – it’s just that at MIT, they’re just a few intellectual nuts in a sea of eccentrics. The advantage I had, however, was that as all this was going on, I struggled on my own with my notions of “self” and identity. I had no idea who I was anymore. Two years before these stories, I was on my way to film school before deciding it just wasn’t for me. I was lost inside myself when I first started working there. When I left, I was still lost, but much less so.

What else about your book might pique the reader’s interest?
I think the feeling of being lost within yourself is a pretty universal emotion. We’ve all reached a point in our lives, some sooner rather than later, when we realize that nothing is going to plan, when we question what we’re doing and how we got here. I wanted to focus in on that while telling these stories from the inside of a segment of elite academia that most of us never get to witness.

What is your working title of your essay series?
The 007 essay series is called Of [In]human Bond[age].

Where did the idea come for the essay series?
In the days before Skyfall was released I was talking James Bond on Twitter with a few Tweeples. One of them runs an online literary magazine. He suggested, perhaps facetiously, that I write a series of essays on the James Bond movies, one for each of the 23 films. After returning from Skyfall I asked him if he was serious, and if so, could I over-intellectualize to my heart’s content. He said yes. So I said I’d do it.

What genre does your book fall under?
Irreverent analysis of minutiae. Is that a genre?

Which actors would you choose to play your characters in a movie rendition?
N/A

What is the one-sentence synopsis of your book?
I do hope to turn these 23 essays into a collection when all is said and done. I want it to be “Bondage from all different angles.” Is that too risqué?

Will your book be self-published or represented by an agency? (if this applies – otherwise, make up another question to answer!)
While I love the idea of publishing a book about James Bond nonsense, I doubt this will catch on. So much has been written about 007, it would be nearly impossible to catch someone’s eye. I might self publish if I like the way it turns out.

How long did it take you to write the first draft of your manuscript?
I write one essay per week for 23 weeks. (We’re on week 6 now.) After that I’ll revise and add to the essays when necessary. While some of these essays are casual and rely on irreverence, I just wrote one on subtext and sexual politics in Goldfinger that would benefit from a more thorough conversation.

What other books would you compare this story to within your genre?
Licence to Thrill: A Cultural History of the James Bond Films is what I’m aiming for on the intellectual side. But I go lowbrow far too often with these essays to be taken all that seriously.

Who or what inspired you to write this book?
I wanted a new challenge. Every Wednesday I host a live tweetalong. By next Wednesday I need a 1,000- to 2,000-word essay on the last movie. The people that have latched on to the series hold me accountable. I like that. I like that some of the same people tune in every week because they just love talking James Bond.

What else about your book might pique the reader’s interest?
First of all, the tweetalongs are just fun. Many people haven’t seen these movies before. They’re experiencing them for the first time. As someone who’d seen all of these movies as a kid, I love seeing what people pick up on, what they latch onto. The Connery Bond films especially have come to us from a different time and place, a time and place that was free of our modern cynicism. I don’t think these essays are necessarily just for James Bond fans. I think they’re about our ever-shifting sense of decorum and intense seriousness. We’re not headed in a good direction, and I want to show that through the ways in which the Bond movies have course-corrected through the years to entertain modern audiences and remain relevant.

Phew. That was a lot of thinking about two things at once. I hope I kept my thoughts straight. I also hope some more people join us for the Bond tweetalongs (every Wednesday at 9PM! Follow my Bond twitter annex at @007hertzrumble. I also expect you to all purchase a copy of Male Secretary. By reading this, you are now obligated. If it never gets published, buy me a drink to drown my sorrows.

Here are some of my writer friends (all TBD), who are all working on this and that and some of the other. I’m sure whatever it is, it’s brilliant.

…McKayla is not impressed.

The Next Big Thing(s)