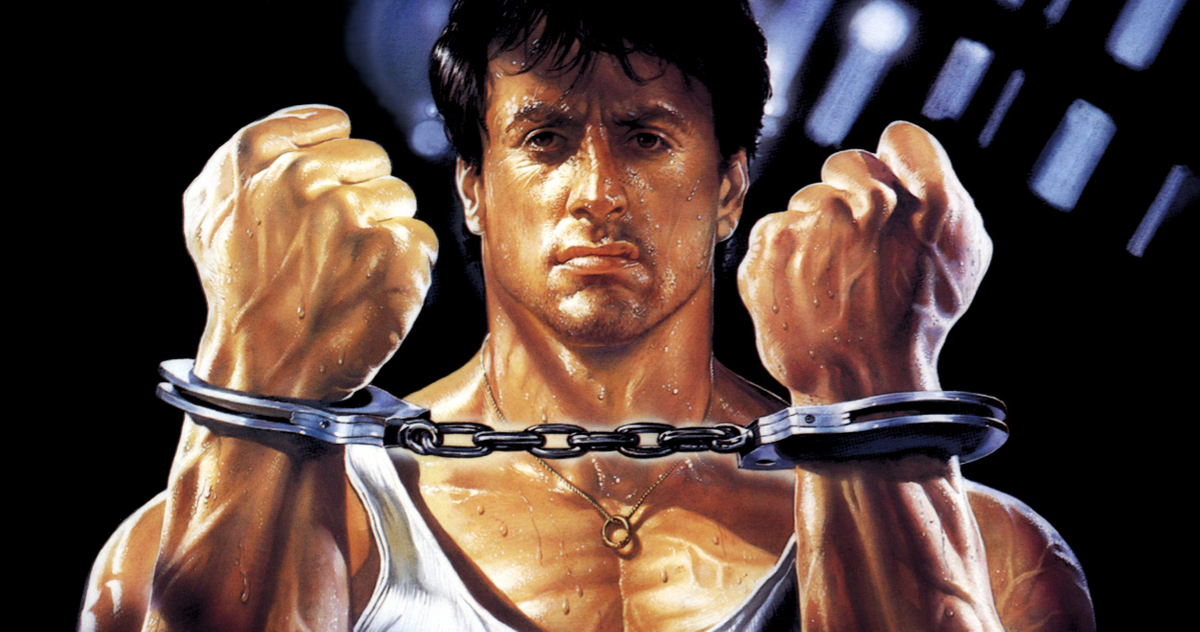 Your body has to be here, but your mind can be anywhere.

As I watched my latest 1989 film, Lock Up, I began contemplating the future of the #Watch1989 enterprise. According to the original tenants of the program, my 1989 movie marathon would conclude on December 31st, 2019. At that time, however, I anticipated having felt some sense of closure. I’d have watched a few dozen movies from 1989, discovered some gems along the way and completed a handful of chapters (all of them?) in the manuscript about the Summer of 1989. Alas, reality has clubbed me upside the head as I’ve taken stock of my year of #Watch1989.

I’ve watched around 65 movies from that great year. But there’s so many left to watch. I’ve barely scratched the surface. I’ve discovered some gems, but I also still have a bunch on my “must-watch” list that just haven’t been handled. I still haven’t seen My Left Foot, for example, and that’s a problem. Don’t talk about the manuscript. I got a new freelance job a few months ago and I’ve been struggling to make time with my own writing. So I went ahead and devoted a sleepless evening hyped up on non-drowsy antihistamines to watch Sylvester Stallone’s Lock Up (1989) which had just arrived from Netflix DVD.

Maybe I don’t need to put an expiration date on this, after all…

Netflix DVD, those fine distributors of physical media, came through with a copy of LOCK UP, delivered to my door.

A Sylvester Stallone movie from the 1980s that I hadn’t seen? I suspect foul play based on reputation. Indeed, I’d never bothered with Lock Up due to it’s less than stellar reputation. And by less than stellar, I mean steaming pile of prison-cell fungus. That said, I’m still surprised I’d somehow sidestepped the movie entirely considering I watched everything indiscriminately during the late 1980’s.

While Lock Up plays like a stripped down Escape Plan (2013) prequel, it has the distinct benefit of featuring Stallone without a shred of self-awareness and a nefarious prison warden played by Donald Sutherland. Both hit all the predictable, necessary, and occasionally delicious 1980’s cinema beats. The result is a film that adheres to an outdated model of filmmaking, the delusional B-movie that masquerades as top-flight entertainment. We love the 1980s and the 1980s loves us back with entertaining mid-budget refuse like this. Sylvester Stallone confronts the bully (Sonny Landham) trying to take his lunch money in Lock Up (1989).

If we are to go along with Lock Up‘s absurd premise, we have to accept a series of absurd events that take place even before the events of this film. Sylvester Stallone’s Frank retaliated against a bunch of goons that beat the owner of the body shop in which he worked. That he was then incarcerated for a very long time and eventually escaped said prison because the warden (Donald Sutherland) committed unspeakable acts against his inmates. Instead of being fired, the warden gets reassigned to a hellhole maximum security prison where his further misdeeds can go even more unnoticed. The warden also exists in a prison system that would then somehow permit the transfer of the prisoner (from a minimum security facility) back into his custody.

I understand that our penal system is a shit show, (I read the New York Times and am therefore m’f’ing informed), but even this stretches the limits of the imagination. Warden Drumgoole launches an initiative to break Frank and cause him to do something that would result in his life imprisonment at his maximum security hellhole. He employs inmates to bully, intimidate, bait and torture Frank. He throws him in solitary whenever possible. I won’t reveal the straw that finally breaks Frank’s back, but it’s absolutely despicable. The lengths to which Drumgoole will go, give the film its only sense of surprise. Let’s face it. We know Frank’s going to get out. We know that somehow Sylvester Stallone is going to mug and grunt his way to freedom. The twist comes during the final act when you think just maaaaaybeeeee the Warden’s finally snared the fly in his web — and yet Sly evades him yet again. How he manages to escape an unwinnable scenario might also require some more suspension of disbelief (if you haven’t already exhausted it).

And you might shed a tear at what they do to a newly refurbished classic mustang. The director, John Flynn, made a name for himself making gritty 1970’s neo-noir like The Outfit (1973) and Rolling Thunder (1977). After a slow period to begin the 80’s, he wound up directing Lock Up and Out for Justice, a far cry from the kind of freedom he had been afforded.

Despite the intermittently laughable melodrama that speckles the Lock Up landscape, the movie finds it limited range and delivers a watchable exercise in “giving the bad guy what’s coming to him.” Stallone suffers constant physical and emotional torture — some of it rather undigestible and viscerally unnerving.

The supporting cast gives more than the movie’s worth — the cast of familiars like Tom Sizemore, Frank McRae and John Amos carry some of sly’s Sly acting burden. Oddly, when Stallone faces off against Donald Sutherland, their give and take styles (constant overt vs. underperformed rage) fit together like puzzle piece that someone mashed into place. It doesn’t work, but it kinda does if you don’t look too close — much like the entire movie.

If you’re the kind of person that enjoys Sylvester Stallone vanity projects for all the wrong reasons, you’ll definitely have some fun with Lock Up.

Check out some past #Watch1989 write-ups: Sea of Love / Bill & Ted’s Excellent Adventure / The Experts Sylvester Stallone strikes a statuesque pose in Lock Up (1989) 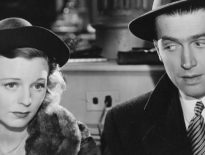 Cinema The Shop Around the Corner (1940): The Five Movies…