I decided I wanted to blog more in 2018. I don’t know why. I’m already spread wafer-thin as far as time and energy is concerned. So we’ll make this quick and painless and just share some more love of classic and underseen cinema.

Hopefully, I’ll give a few items to add to your own watchlist — you can use them to fill out your Cinema Shame rosters. That was a shameless cross-promotion, mind you. Also a reminder to fill our your Shame Statements for 2018. You’re already late. Every month I’ll highlight my favorite 4 first-time watches. We’ll stick to Pre-2010 offerings to give these films time to recede from your memory. Looking positively svelte — some might say “gaunt” — in the role of Bickford Waner, Hopper plays a reformed (but inept) trainrobber trying to go straight in a town called Dime Box, Texas that wants nothing to do with him.

He stumbles in and out of menial jobs and eventually befriends Reese Ford (Warren Oates) and his wife Molly (Lee Purcell). The two form a strong bond, true bros, until Molly literally throws her knickers at Bickford and Bickford’s not a perfect man. Reese learns of the affair and severs the friendship.

Screenwriter Bud Shrake took great care in scripting this particular confrontation between Oates and Hopper — and the two actors, Oates in particular, have a meticulous way with damning silence. It was not his wife’s infidelity that has brought them to this point — but the betrayal of someone he’d known as a true friend.

Now an official outcast, casting aside any attempt at cultural assimilation, Bickford consults the other local outcasts (the Native Americans) about a little old-fashioned thieving. The unlikely gang attempts to take a pound of flesh from the society that has unfairly wronged them.

Director James Frawley (best known perhaps as the director of The Muppet Movie) allows this languid film to unfold without any agenda and only minimal genre-styled violence. This kind of thing only happened in the 1970’s — a character study with nowhere important to go. Foiled expectations for a Dennis Hopper western may turn some people off, but if you can survive the first thirty minutes or so, you’ll likely be rewarded with simple charms and an entirely unexpected moviewatching experience.

Kid Blue is available on DVD via the Fox Cinema Archive Collection. While the wife went out of town to visit her family in Santa Fe, my daughters and I set sail to the library to scope out some child-appropriate classic cinema.

My oldest daughter K (8), has just recently discovered a more adventurous moviegoing spirit (because unlike a fortieth viewing of How to Train Your Dragon, I will almost always grant a classic cinema request). She jumped at the opportunity to watch a movie with the word “Blood” in the title because that’s definitely not something mom would have approved.

I don’t know if she witnessed as much bloodletting as she’d hoped, but she was glued to the screen for at least the first hour or so. I attempted to explain Errol Flynn’s status as a piece of 1930’s man meat — and equate his popularity with the only heartthrob she recognizes as an 8yo in 2018 — Brandon Flowers (the lead singer of The Killers). It was a really loose analogy, but I think she understood. More problematic was explaining King James and his predilection toward torture and slavery. This was not a topic I anticipated explaining to my 5yo.

This classic Errol Flynn swashbuckler was one I’ve been meaning to watch for ages. My dad put a bunch of Flynn’s films in front of me at an early age, but this was never one of them. Errol swashed and buckled and fell in and out of love with Maria de Havilland and ran afoul a French scalawag played by Basil Rathbone. This French pirate version of Basil Rathbone might just be my favorite Basil Rathbone.

Captain Blood certainly didn’t undermine it’s status as a classic Errol Flynn swashbuckler, but it fell just short of personal favorites The Sea Hawk and The Adventures of Robin Hood.

Captain Blood is available on DVD from Warner Brothers. A good Harold Lloyd film — but a fascinating portrait of New York City in 1928 from Coney Island to Manhattan. What they do with a wild chase through the city streets seems damn near impossible in 2018 or 1928.

This was another daughter viewing. I’ve been attempting to endear them to the classic triumvirate of silent comedians. Chaplin wasn’t a big hit at first glance, but Harold Lloyd seems to have struck a nerve, at least with my 5yo. She refuses to call him Harold Lloyd. As far as she’s concerned his name will always be Speedy.

Since Speedy, they’ve gone on to view a few of Lloyd’s short films, and while I have your attention for a minute can we talk about how dark some of those early shorts were? Lloyd’s character is always trying to kill himself after being spurned by a love interest. Explaining the humor in suicide is a difficult task. Luckily, Speedy is attempted suicide-attempt free and just a fun romp through New York city at breakneck speed on a horse-drawn trolley.

Speedy is available on Blu-ray and DVD from the Criterion Collection. Checked this box on my 2018 Cinema Shame statement. Also look for this to appear on an upcoming episode of the Cinema Shame podcast. Consider this a preview of coming attractions.

Alfred Hitchcock’s Lifeboat is an exquisite technical achievement in filmmaking. A true showcase of a cinematic mind at the height of his craft. And then there’s Tallulah Bankhead’s resplendent performance anchoring the entire thing. See what I did there? Anchor. Lifeboat.

Like its single-setting sibling, Rope — Lifeboat takes full advantage of its claustrophobia and limited scope to focus on the frailty of the human condition and the latent ugliness beneath every facade. Hitchcock revels in a filmmaking challenge, and it often brings out the best, most subtle facets of his extraordinary ability. Whereas it’s easy to overlook the nuance in something like North by Northwest due to the film’s constant movement and action, Lifeboat highlights framing, juxtaposition of character, and the movement of actors within a frame.

This is a master class in close-quarters filmmaking. If you want to learn how to piece a film together with nothing but actors and a camera, single-setting Hitchcock is a good place to start. 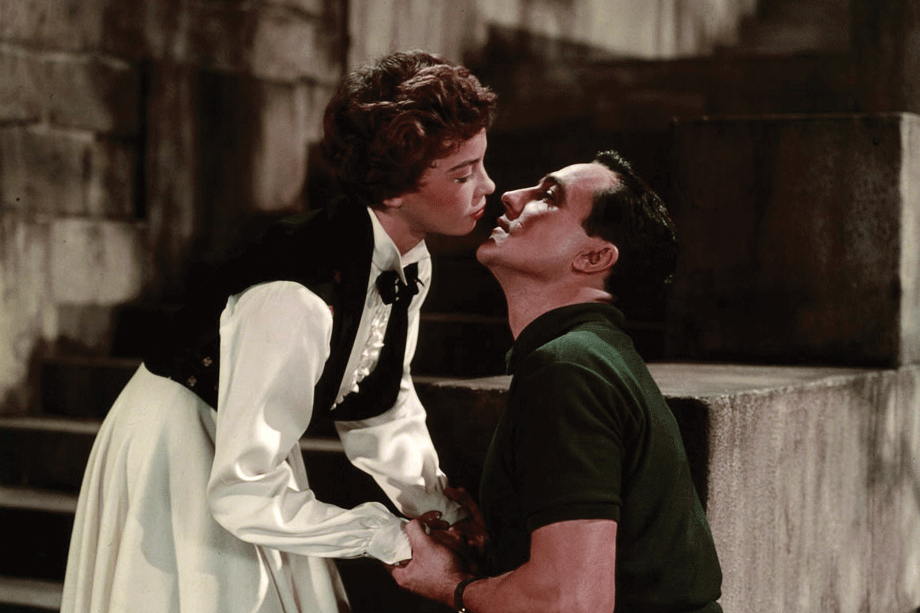