After a long hiatus I’m bringing back the Best Thing posts. For “Eye of the Tiger” of all things. (Aye, but there’s a twist.) Maybe it’s because I watched nothing good. More than likely I was just distracted by the 27 other things I do every day. I need a “thing” intervention from Thoreau. Maybe I’ll actually finish Walden instead. On the other hand that would be yet another thing I’d have to do today. I’ll check back in after I finish reading the 8-book Women Crime Writers set. I’m almost finished with Vera Caspary’s Laura, which is fantastic by the way. I can’t say enough about this collection of novels. Definitely find a set if you can. But I was talking about the Best Thing I Watched not the Best Thing I Read. That’s an entirely different bl-g series. (Adds that to the list of things to do.) Without any further adieu, let’s bring the Best Thing beat back.

“Eye of the Tiger” on a Dot-Matrix Printer: The Best Thing I Watched This Week

I came across this video on the Interwebs yesterday courtesy of a Facebook group called the Gentlemen’s Guide to Midnight Cinema. The poster of this video, MIDIDesaster, has programmed his Dot-Matrix printer to recreate Survivor’s omnipresent anthem from Rocky. I don’t know how he does it. Or why he does it for that matter. But when I investigated further I found he’d also programmed his Dot-Matrix to play “Bohemian Rhapsody,” “Buddy Holly” and a mess of other songs. This is the seedy underbelly of nostalgia. Old songs played on a completely outdated and entirely useless technology. Though I think there are still some rental car agencies that would disagree.

For those of you youngsters that might be too young to recall the wonders of Dot-Matrix printing, here’s a little primer. The Dot-Matrix is an impact printer and functions much like typewriter, except the Dot-Matrix creates its characters (of unlimited variety and size limited only by the paper) with many individual dots. The dots are created by a tiny metal rods called a pins or wires. The Dot-Matrix is unique in its printing technology, as MIDIDesaster has shown, because it creates different tones and sounds when these pins strike the paper. Up to 48 pins can be used to form the characters of a line while the print head moves across the paper horizontally. The various combinations of these pins creates the different tones and sounds heard in the video. Okay. That’s enough explaining away the magic of Dot-Matrix technology. Here’s the video. MIDIDesaster’s “Eye of the Tiger.”

It might only be Monday, but I’m calling this race early. A) I’m too busy catching up on episodes of Bob’s Burgers to watch anything new on the tele and B) This is amazeballs. These two guys manage to rock as hard on cellos as Slash did on his guitar. Okay, almost rock as hard. But you can tell they’re rock stars. Just look at their cellos. I, of course, had to do a little bit of research on these Croatian fellows (Luka Sulic and Stjepan Hauser), known as 2Cellos, and it seems they’re quite popular and have records and tour and stuff. I’ve watched a handful of videos now and I have to say that this riff on GNf’R is easily their best stuff. It at least includes the most cello headbanging you’ll ever see in a two-minute video. And there’s something to be said for that.

2Cellos playing Welcome to the Jungle: The Best Thing I Watched This Week

Sidenote: Is it just me, or could these guys also be a pair of excellent Bond henchmen?

I don’t think I need to say too much more about this. I’ll just mention that they played this on the Ellen Degeneres show so there are a few million housewives that are more in the loop than I. (edit: apparently they also appeared on Glee at some point, but that begs the question if you appear on a television show after everyone stops watching it, do you actually appear at all?) Since I’m taking the rest of the week off from scouring the globe for “Best Things” I’ll just abandon ship without my usual assortment of hyperbole and rhetoric. As always, no need to thank me. You’re always welcome.

Sidesidenote: the image they’re currently cultivating is a half-step removed from John Corbett’s version of a Yanni character in Serendipity. He plays an oboe-like Indian/Pakistani/Bengali/Iranian instrument called the shehnai.

The More You Know… about John Cusack movies. 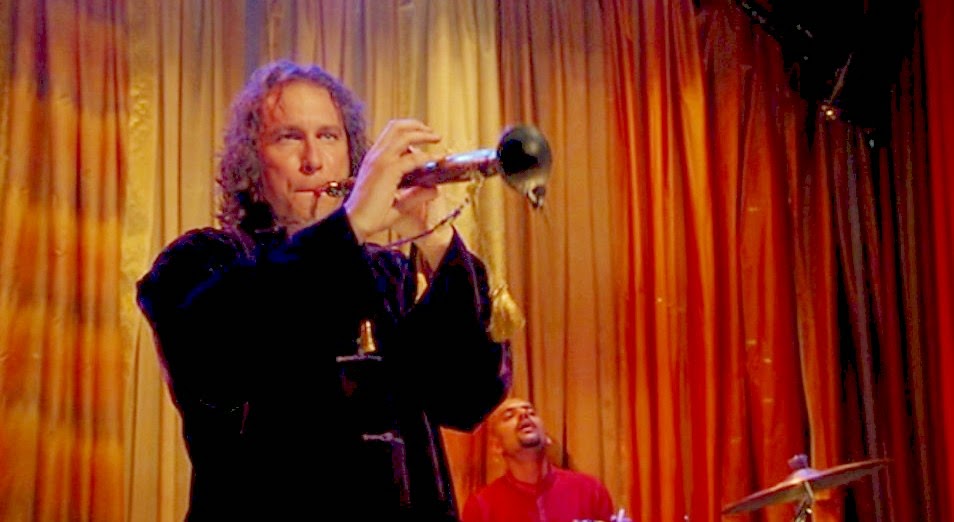 Every so often we happen across a movie or a television show that’s so far up our alley that we have to stop and question how we’d co-existed in the same world for so long without crossing paths. So that happened this week. I had been watching a movie last Sunday night. When the movie ended, I flipped back to my cable feed. On my television I found myself staring at a show I’d long heard about but never watched. Confession: I’d long since given up on animation offerings on major networks. “The networks” just don’t take the risks necessary to make animation truly essential. At this point in my life I don’t have time for anything that’s not essential. Five minutes of Bob’s Burgers had me hooked.

Bob’s Burgers: The Best Thing I Watched This Week

This was the particular episode in question:

Once the novelty of hearing the voice of Sterling Archer (H. Jon Benjamin) performing the doughy, middle-aged titular Bob wore off (not to mention the number of references/connections between Archer and Bob’s Burgers), I found myself enraptured, held in comedic bliss. The family owns/runs a greasy-spoon Burger joint but that setting only provides a backdrop for endless opportunity for riffing on the various  personalities. The wiser-than-their-years children contribute most of the immediate laughs in juxtaposition with the languid, laid-back, even-tempered and thoroughly put-upon working-class Bob and his Jersey-ish wife Linda. The inimitable Kristen Schaal voices Louise, a perpetually bunny-eared pre-teen with isolated megalomaniac tendencies. Eugene Mirman (Flight of the Conchords, Archer) makes magic with Bob’s naturally dim son, Gene, who lives to provide the musical score to the family’s hijinx on a Casio DG-20. Set to electric mandolin. Okay, sorry… Flight of the Conchords reference. Gene’s keyboard is really good at sampling though. And then there’s the pubescent and sexually (perversely so) confused Tina (Dan Mintz) with a bizarre affection for horses. Bob’s Burgers is often perverse and a little bit crass, but a good-natured sincerity provides a baseline that grounds these characters as humans despite their crudely drawn animation and preposterous reactions to everyday events. There’s a bit of South Park, a touch of Archer’s banter and a heap of The Simpsons’ familial unit tucked into Bob’s DNA, but don’t let the similarities direct your judgment. Bob’s Burgers carves out its own unique slice of that animation pie.

Bob’s Burgers is available on Netflix Streaming and Hulu. Since I stumbled across this show on Sunday, not a day has gone by that I haven’t watched at least one episode. I can’t get enough. I’m off to see Mad Max: Fury Road tonight, but you can bet that I’m going to come home and queue up some more Bob’s Burgers to cleanse my palette. If I had to recommend a favorite episode from all of those that I’ve watched, I’m going to have to pick “Sheesh. Cab, Bob?” — the episode in which Bob starts driving a taxi and inadvertently becomes a pimp for a gaggle of transsexual prostitutes in order to pay for Tina’s 13th birthday party. Pure gold.