I get it. I do. You (general, collective “you”) apparently don’t like Birdman. The Boyhood loss signaled the coming of the apocalypse. And Birdman is a blight on the history of all cinema. Hell, a blight on all of human history. The Trail of Tears. The Spanish Inquisition. Birdman or (The Unexpected Virtue of Ignorance). I know this because I read stuff on the Interwebs.

A few articles I’ve read during this post-Oscar hangover:

Why the Boyhood Oscar Snub Smarts So Much Birdman vs. Boyhood or (Why We Love to Hate the Oscars)

And so it goes with the Academy Awards. Every year it’s the same tired old nonsense. Some movie or some actor always gets kicked in the teeth and we, the consumptive populace and guardians of all that is good and proper, hit the aforementioned Interwebs and the Twatter and we climb our pulpits and high horses and spew forth the TRUTH about Cinema (Capital C) and Art (Capital A). As if the Academy has ever…. ever ever ever… concerned themselves first and foremost with (A)rt or (C)inema. Those examples of (A)rt and (C)inema are often invited to the party, but sometimes their opinions are a little too progressive, a little too dangerous, a little too racy. By the end of the evening they’re just hanging out with Sarah Bunting by the stale crudités (Downton Abbey joke in the house!).

Despite this long tradition of radical disagreement with the Academy, we (the collective, general we) always watch, we always get angry, and we always climb back up our mountain of righteousness. Why do we do these things? First, we care about (C)inema. And (A)rt. Or we think we do, at least. Sometimes the lines are merely enhanced with soft focus, Vaseline and Christian Dior stockings.

Sometimes I just want to shake the writers of these troll-bait headlines. I want to tell them “STOP! You’re merely fueling the bonfires for the pyres!”

But I resist. I collect myself. I read on about how Birdman was “pretentious,” “self-involved,” “puerile puffery.” I’m not above this. At a certain point during the Oscars I became a Birdman/Michael Keaton hypeman.

Oh man. Is BIRDMAN going to wipe the floor with BOYHOOD? I’m getting giddy. #Oscar2015

Nothing against Eddie whatshisface but you’re not Michael Keaton. #Oscars2015

That series of tweets details the rise of expectations and the agony of defeat. Eddie whatshisface gave a terrific performance. He deserved the award, but he wasn’t Michael Keaton. And his performance still did not elevate The Theory of Everything above a solid meh plus. My crestfallen eleven-year-old self crumbled. I told that wise little whippernsnapper that it’s okay that Michael Keaton lost the Academy Award. (It’s not!) That Michael Keaton knows there are lots of people who cherish his work like you do. (I’m not sure!). It’s good to be the bigger, more accepting movie fan. (Is it?)

And as much as I’d love for Michael Keaton to don the Batman suit to stalk Eddie Redmayne a la Birdman and toss out one-liners about self doubt and fear and anxiety, that’s not going to happen (unless we can get that Birdman sequel project going).

So no. I’m not above the call of pulpit myself. I’ve been chattering on Twitter since the moment of Mr. Mom’s defeat. Not with excess hyperbole mind you — really just an appropriate amount. I’ve been fully aware that much of my discontent swells up from wellsprings of nostalgia. I adored Michael Keaton. You name the Michael Keaton movie, I guarantee that I had a VHS or laserdisc of that movie in my collection. Some were crude dubs ripped from rental tapes, but I had every single movie goshdarnit. Most of my related tweets have been born through humor and a self-awareness for this nostalgia. I get that it’s all one big game. Who wins this, who wins that. We’re obsessed with who claims the gold statue.

The above-cited publications don’t seem to be placing these Awards in their proper context. They’re spewing hyperbole in the name of readership… and we’re all eating it up, taking to Twitter and Facebook and ranting and raving about spittle with profundity.

Let’s address some of the Boyhood hyperbole.

“Boyhood is the worst mistake in 20 years”

Puh-lease. I can’t take you seriously right now. I don’t need to dig further back in the Academy’s embarrassing history than 2005 to cite one of the most egregious examples of oversight in the history of (C)inema.

Crash is hyper-sentimental drivel with embarrassing notions about race and empathy. Maybe the voters didn’t notice because they were too busy worrying about “gay stuff.” Some Academy Award voters, these sentinels we’ve placed in positions of safeguarding (A)rt and (C)inema, admitted that they couldn’t finish watching Brokeback because of the subject matter. They. Didn’t. Even. Watch. The. Movie. That’s right, ladies and gentleman. Academy voters don’t have to watch all of the Best Picture nominees to vote. They can even openly admit to subject matter prejudice and nobody seems to bat a homoerotic eyelash in their direction.

Go back ten more years to 1995. No, you know what? Nevermind. I’m not even going to get into 1995. Forrest Gump beats Pulp Fiction, The Shawshank Redemption, and Ed Wood (not even nominated).

So you’re equating Boyhood with Citizen Kane? Don’t backtrack now. You went there. Citizen Kane is one of the most important works in American cinema and it lost to How Green Was My Valley. On Citizen Kane Orson Welles invented many now-standard filmmaking techniques, told a deep, morally complex story about a timeless figure (perhaps creating the cinematic archetype altogether) and lost to a pretty damn good John Ford film about the struggles of a family in a Welsh mining town. If anything here, Citizen Kane is Birdman and Boyhood is How Green Was My Valley. After all, Boyhood is, boiled down, a rather simple coming-of-age tale. Much akin to the rather straighforward tale of the struggling family in How Green. Both told through the lens of a director with an amazing vision, nonetheless. Maybe in another 80 years we’ll all realize the folly of this analogy. Looking back on the history of cinema, there are literally (cue Chris Traeger) hundreds of examples where the Academy just blatantly, plain-as-day got it wrong. This is not one of those occasions. At best, this is 1958. This is The Bridge On the River Kwai beating 12 Angry Men.

Correction: Vertigo wasn’t the same year as Bridge. That was Gigi that won in ’59 (for films released in ’58, obviously). This renders the Boyhood snub even more insignificant by comparison. Thanks for noting my faulty memory, Kerry! Furthermore, Vertigo, long considered one of the finest films ever made, was only nominated for two awards – Art Direction and Best Sound. That’s it.

That said, don’t delude yourself into thinking that Birdman or Boyhood will ever be The Bridge On The River Kwai or Vertigo.

All this meditation on snubs and egregious wrongs has brought me to one specific conclusion about the Academy Awards. Why do we watch when we’re already primed with our best rage and hyperbole even before the show starts? It’s all just subjective lobbying anyway… there’s no absolute right answer. We’re not denying evolution when we favor, say, The Imitation Game or American Sniper for Best Picture.

It’s all about the thrill of a good bloodsport.

Why do you favor one sports team over another? Locality perhaps. A favorite player. Arbitrary factors. But what does any of it ultimately matter? If your team loses, does that decrease your enjoyment of the sport? If Birdman beats Boyhood does that lessen your enjoyment of Boyhood? Or going to the theater? It’s all a game, and we’re the rabid spectators wearing cheese hats and green bodysuits. My favorite movie of 2014 was Whiplash (followed by Grand Budapest Hotel and John Wick). But I jumped into the Birdman camp to have a legitimate horse in the race. A wee small movie like Whiplash had zero chance at the stunning upset. Further down the line, Grand Budapest was a comedy, and Keanu Reeves watched the awards, as he always does, in sweatpants with a bag of Cheetos. In a three-plus hour show marked by scores of puns and lengthy musical interludes (rain delay thy name is a Sound of Music tribute sung by Lady Gaga) we need something to anticipate. We need a death match finale. Rather than focusing on the OMFG BIGGEST SNUB IN HISTORY angle following these Academy Awards, let’s all take a collective breath and again consider the place of (C)inema and (A)rt in 2014. The two frontrunners for Best Picture were Birdman and Boyhood. Two films that experimented with form and function. Birdman gives the appearance of one long take, uses a score made up only of cacophonous drums. Linklater filmed Boyhood intermittently over 12 years so that we witness characters age and expand and grow. These are thrilling concepts for what film can be! No CGI fakery. No sweeping scores telling us how to feel or how to react. No massive budgets or blockbuster treatment. Seriously, this is thrilling shit. Consider further that the next likely runner up based on peripheral awards given, Wes Anderson’s Grand Budapest Hotel, adjusted aspect ratios to reflect the time period represented and rediscovered the joys of miniature set models. If any director working today is an authentic auteur in the sense of the Cahiers du cinema it’s Wes Anderson.

Despite qualms about Selma‘s representation at these Academy Awards, this was not a “safe” year for the nominations. We could not criticize the Academy for championing the blockbuster or the sweeping epic or the movie most palatable for mass consumption. The decision between Boyhood and Birdman came down to a subjective decision based on aesthetics. Both were excellent movies. Both engaged the head and the heart. And both told stories worth hearing. Still, when all was said and done, we took to the streets to defend our choice with pitchforks and flaming torches instead of being content that maybe… just maybe… we could celebrate both films if we weren’t so obsessed with victory and defeat.

I suppose that means I have to congratulate Eddie whathisface for his Best Actor win.

In case you were wondering… Yes. I am wearing my circa 1992 Batman shirt. You know, for the Keats. pic.twitter.com/3OR9vkgw8q

Okay… so maybe I’m not quite ready for that yet. These wounds need to heal.

Birdman vs. Boyhood or (Why We Love to Hate the Oscars) 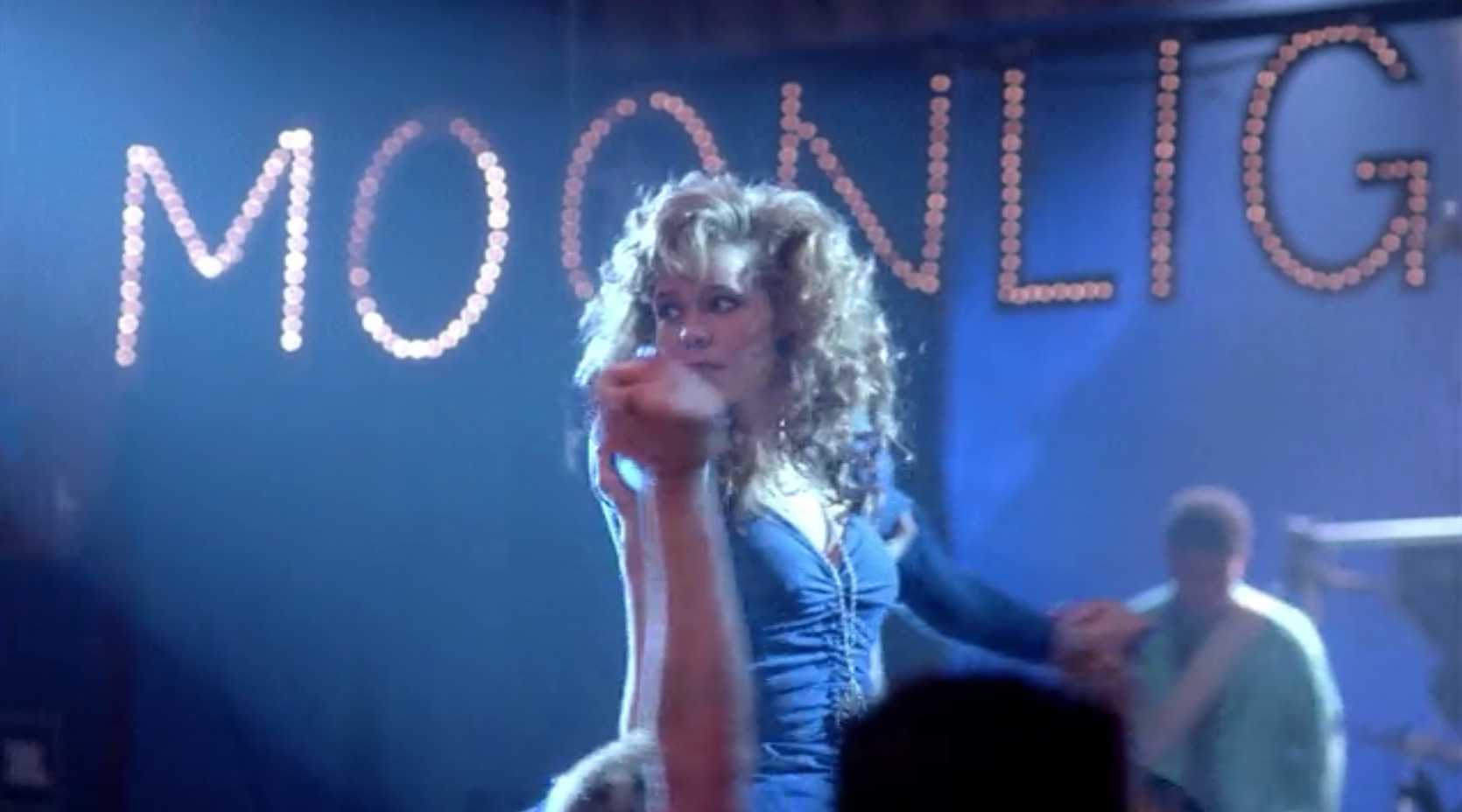