Bill: So-cratz – “The only true wisdom consists in knowing that you know nothing”.

I didn’t have the pleasure of seeing Bill & Ted’s Excellent Adventure in the cinema. It snuck into theaters and snuck out of theaters before I or any of my friends really knew what to make of it. I remember, vividly, however the Friday I rented the VHS. In Marcellus, Michigan, a town of only about 2000 residents, we were blessed with as many video rental locations as gas stations/convenience stores (2). Surprised to see one copy remaining on the first weekend of release, I grabbed it and rushed to the counter.

On the following Saturday afternoon, I convinced my parents to sit down and watch this movie about high-school dimwits who travel through time. At this moment in 1989, I can say with the utmost assurance that I’d worn out my father’s patience for movies featuring dimwits. I was, after all, a devout Police Academy (and its sequels) fan and watched Three Amigos! almost every week. My father boasts a laugh of a certain magnitude. It’s impossible to mistake pure enjoyment from snores of indifference. If he does not care for a movie he will just fall asleep or start reading a book and then probably fall asleep, totally immune to anything happening around him. He watched Bill and Ted’s Excellent Adventure from start to finish. I don’t remember his exact words (he’s always prepared with an immediate post-movie assessment) but it felt like “Let’s watch it again right now.”

To me, Bill and Ted’s Excellent Adventure represents the best of the 1980’s modus operandi. An inherently absurd high-concept that falls apart upon any scrutiny — but the viewer’s too entertained by the movie’s pure joy of existence (and puerile historical gags and references) to bother with anything as tedious as how an entire high school career can depend on a single oral history report. Screenwriters built and entire decade on arbitrary goals. The film also — and this is perhaps the most important aspect of Bill and Ted’s success — celebrates positivity rather than sneering derisively at its characters. Consider the basic differences in approach between Bill and Ted’s Excellent Adventure and something like the certain Bill & Ted descendant, Dude, Where’s My Car?

Despite the slacker wrapping, Bill S. Preston, Esq. and Ted Theodore Logan are given agency that turn caricatures into fully-rendered, relatable humans. A movie in which two failures (in the near future) have already saved the world with the power of a transcendent guitar riff — but first have to pass an oral English exam by traveling back in time to collect figures of historical interest.

It’s like borrowing the 1927 Yankees to coach your kid’s T-ball game — if upon that T-Ball game the fate of the world rested. If you spend too much time dissecting the time travel mechanics of Bill and Ted’s Excellent Adventure you will break your brain. It will also lose the magic that makes it special.

The Problem with Critics and Low Intelligence Characters

Contemporaneous critics struggled with Bill and Ted’s Excellent Adventure because it was, as Chris Williams of the LA Times suggested, “a glorification of dumbness for dumbnesses’ sake.” The New York Times’ Vincent Canby called it “painfully inept.” WaPo’s Hal Hinson: “undernourished.”

I’m not going to give critics a pass just because they’re critics. I’ve been in their seat and I chose to walk away after a couple of years because the job of being a critic started to suck the joy out of moviegoing. If my job is to watch a movie and find fault, my focus naturally drifts toward negativity. I found reasons to dislike movies and hated the terrible movies even more. Dumb characters in a high-concept movie full of logic gaps and impossible (not just improbable) scenarios almost necessitates a killjoy hammer.

How often have you read a review by a critic that acknowledged that a movie fails most standard narrative tests of success, but excels because it’s just a good time? (It happens, but it’s rare and I’m always surprised to see it.) Can you ever imagine Bosley Crowther admitting something was pretty dumb but still a ripping good time? (If you know of a review in which this happens, I’d love to read it.)

Moviegoers, however, are not saddled with the honus of specific scrutiny at the expense of the overall experience. Bill and Ted’s Excellent Adventure, like the best of the pure entertainment 1980’s, presents joie de vivre. The characters’ intelligence doesn’t pose an artificial barrier to their success. In many instances stupid characters arrest the narrative as a result of an inability to movie the plot forward.

Keanu Reeves and Alex Winter boast tremendous on-screen chemistry, as if they’re acting as displaced halves of the same brain. You could analyze Bill and Ted’s Excellent Adventure from dozens of different directions, but the success of the film relies on this synergy.

Though lacking in book smarts (Caesar will always remain “a salad dressing dude”), Bill and Ted demonstrate quick wits and even an ability manipulate the logic of the film, thereby outsmarting the viewer that’s assured himself of his higher intelligence because he knows a thing or two about Napoleon. One of the most magnificent moments in the film undermines that relationship and involves Ted’s dad’s missing keys.

Early in the movie, Ted’s dad asks Ted about these keys, but he has no clue to their whereabouts. When Bill and Ted need to rescue their historical figures from jail, they claim they’ll go back in time, steal the keys, and put them outside the police station. Presto! The keys appear, as if by magic behind the sign — but it’s not magic — it’s our “dumb” characters riffing on the concept of the time-travel film and playing with audience expectation. They might not know how to pronounce “Socrates” correctly, but they’re clever enough in a crisis to manipulate time and space on the fly. “Hey! It was me who stole my dad’s keys!”

When I revisited Bill and Ted’s Excellent Adventure for the first time in many years, I worried it wasn’t going to hold the same spell over me. Indeed, I started to dissect the movie to see how the nuts and bolts held it together. I focused on the time-travel fallacy and questioned how or why any of it would have worked.

I found myself enjoying the ways the movie manipulated expectation (the scene with the keys, for example, or the early meeting of the Bill and Teds) despite acknowledging the smoke and mirrors. A viewer will only care to pick apart a narrative if they’re not entertained to distraction. Pure entertainment doesn’t necessitate the “how” or the “why;” it just requires a willing ignorance… or embrace of our own dumbness as viewers. With regards to Bill and Ted’s Excellent Adventure I’m more than happy to glorify my own dumbness if it means I can still feel childlike enjoyment while watching movies.

The face-value absurdity of Joan of Arc taking over an aerobics class or Genghis Khan attacking a sporting goods store on a skateboard, Beethoven commandeering two electric pianos. Napoleon throwing a tantrum at a water park called Waterloo. These remain simple, bordering upon lazy gags — albeit simple gags blessed with an ingenious high-concept wrapper.

Director Stephen Herek had a solid 1980’s movie career before the studios got ahold of him and ushered him into routine, forgettable fare. He began his career with Critters, Bill and Ted’s Excellent Adventure, Don’t Tell Mom the Babysitter’s Dead, and The Mighty Ducks (all crowd pleasers) before taking on more “grown-up” films like Mr. Holland’s Opus, Rock Star, and Holy Man. The pace of those so-called “dumb” movies just agreed with him.

Bill and Ted’s Excellent Adventure cost $10million to make and returned $40million, but it wouldn’t be made today. $10million for a dumb teen comedy (without more exploitative elements) has no place in our present day box office. Thankfully its stars and writers (Chris Matheson and Ed Solomon) recognize that the Bill and Ted chemistry remains special. Even if studios would never greenlight that movie today — at least someone had the sense to continue the Excellent Adventure.

Bill and Ted will return in the Summer of 2020 with Bill & Ted Face the Music. Not bad for two idiot teens from Sam Dimas, California that surprised us all with a deceptively smart, super dumb movie back in 1989. 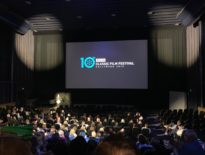 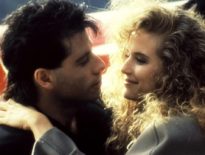